With high biodiversity and outstanding historical and cultural values, Vu Quang National Park in Ha Tinh province is not only a multi-purpose conservation area but also has the potential to develop sustainable eco-tourism.

The national park has recently announced the discovery of eight species of primates.

Since September 2017, Vu Quang has carried out a study on assessing the status of primates in danger in the national park and building a conservation plan. 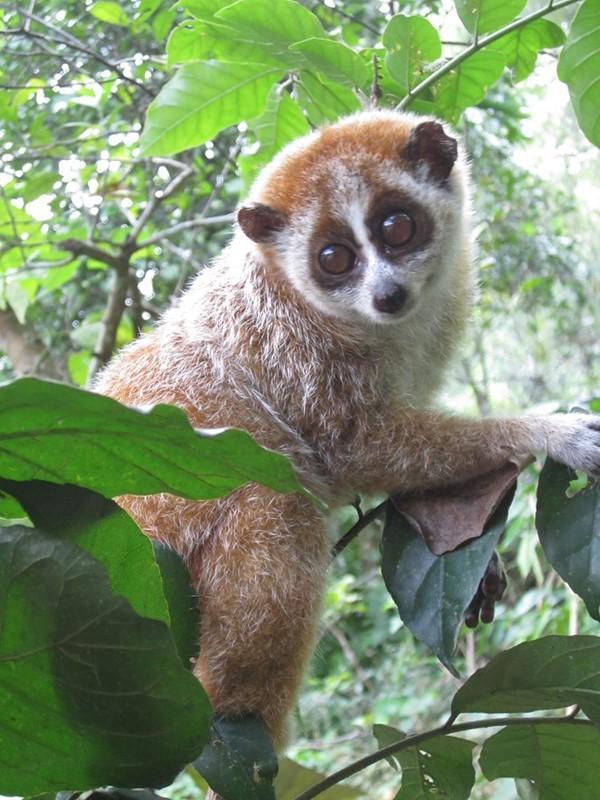 After two years of conducting research by observing, recording, taking notes and interviewing, the researchers have built a system of investigating and supervising precious endangered privates, and defining the structure and location of primates on the verge of extinction.

The researchers have identified the major reasons threatening the population of primates in the park.

With the findings, the researchers have drawn up a map of primate species distribution which are in danger (with coordinates), and suggested five groups of solutions for the protection of primates in Vu Trung.

At a meeting reviewing the research implementation on September 19, the Ha Tinh Department of Science and Technology and regional scientific units said they highly appreciated the research by Vu Quang.

The research work provides management agencies, scientists and students with reliable information about the distribution, situation, number of animals and the trend of endemic species changes in Vu Quang.

Vu Quang National Park was established in 2002, situated in the northwestern part of Ha Tinh province, about 75 kilometers far from Ha Tinh City. The park is home to many endemic species which only can be found in Vietnam, including (Muntiacus vuquangensis), a rare and precious animal named after the national park.

Vu Quang is also famous as the place where a sao la (Pseudoryx nghetinhensis) was found in June 1992.

A farmer in Son Hong commune of Huong Son district trapped a sao lao in Vu Quang at the time. The discovery surprised biologists, who had spent a lot of time looking for the animal. The scientists had spent months in Vu Quang and Pu Mat forests but had failed to find the animal.

The sao la was then transferred by the Ha Tinh provincial Forest Rangers’ Unit to the Central Forest Inventory and Planning Institute. The World Wildlife Fund (WWF) then revealed the discovery to the whole world.

With an area of 55,058 hectares, Vu Quang is truly a place to preserve a world of plants, flowers, birds and wildlife. There are 523 plant species in Vu Quang, of which 16 species have been listed in Vietnam’s Red Book.

Bidoup - Nui Ba National Park, 50 km from the downtown of Da Lat city to the north, is a perfect destination for a weekend trip for nature lovers, thanks to its most beautiful and pristine pine forest in Lam Dong province.