Bringing turtles back to Cham Isle

Turtles were absent from Cham Island until one recent day when hundreds of thel were seen crawling into the ocean.

To achieve that feat, the specialists of the Cham Isle Marine Protected Area (MPA) had to make every effort in the last three years to protect the endangered turtles and the local ecosystem. 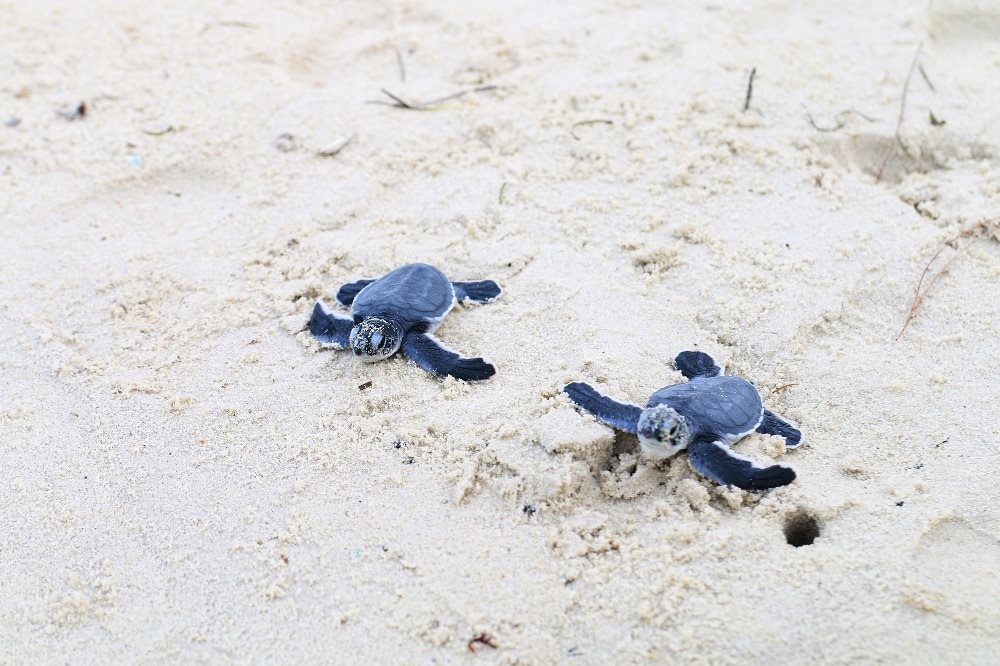 According to Nguyen Van Vu, deputy director of the MPA management board, the idea of recovering the environment and protecting the rare and precious species was raised in 2016.

After getting approval for the project, in August 2018, Le Xuan Ai and Vu led a team of technicians to travel nearly 1,000 kilometers from Quang Nam province to Con Dao Island to learn how to hatch eggs, take care of turtles, and carry out the historic transposition of turtle eggs.

“This was a challenging transposition process,” Vu recalled the days.

At first, the first 450 turtle eggs were hatched on Con Dao Island for 40 days. How to keep the turtle eggs safe during the travel of nearly 1,000 kilometers was a headache for the scientists.

Two solutions were designed. One team of technicians carried the eggs by air with the flight from Con Dao to HCM City and Hoi An, while the other team took a high-speed train from Con Dao to Vung Tau and then carried eggs by car to Hoi An. The eggs were put under strict protection.

When the eggs were brought to Cham Isle, they were put into hatching. The members of the MPA board of management and volunteers had to be on duty 24 hours a day to supervise the hatchery and measure temperatures to take prompt measures if necessary.

As a reward for their efforts, in mid-September 2017, 90 percent of turtle eggs hatched to the immense joy of the conservators and thousands of local people on the small island. The high success rate shows the feasibility of sea turtle transposition from a distance.

Since the first transposition campaign, 1,700 turtles have been hatched in the last three years from 2,000 eggs and have been released to the ocean.

People often come to witness the moments when young turtles crawl into the open sea. They hope that the turtles, after tens of years, will come back to lay eggs and create the next generations of turtles.

“What we wish to see most is for the turtles to come back to Cham Isle to lay eggs and create offspring in safe and quiet conditions. Only when this happens will our efforts be fruitful,” Vu said.

Sick sea turtle recovers after a month of care

A female Olive Ridley sea turtle (Lepidochelys Olivacea) has been rescued and cared for by the SaSa Marine animal rescue team in Da Nang since it was found on the beach of Tam Thanh commune in Quang Nam Province on February 23.

A rare sea turtle weighing 30 kilogrammes is being cared by a local in Quynh Luu district in the central province of Nghe An before it is released to the ocean.