China is not a member of the international Mekong River Commission (MRC), but the country must work with Mekong countries to solve the question on water security in accordance with the Lancang – Mekong Cooperation Mechanism, experts say.

Reuters on December 12, 2019 quoted Chinese officials as reporting that China is planning to divert more water from the south to the arid north to have enough water for irrigation and daily life. 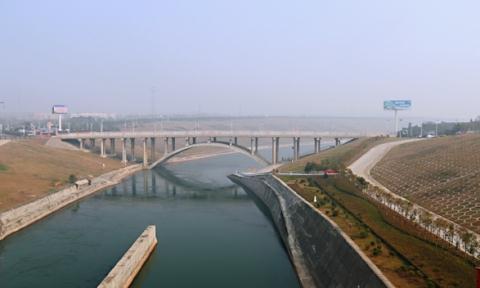 The first phase of the project was completed five years ago, connecting Yangzi River with Yellow River via major routes in the east and the center, while a route in the west has not been completed because there were more difficulties there.

The information comes in the context of some Mekong river sections having turned greenish-blue, which is attributed to a decline in water level.

According to MRC, the Mekong is experiencing one of the worst drought spells, which has caused the water level to decrease to a record low in the last 60 years. This is believed to be the major reason that changed its color. The water decline reduces fine sediments, thus making the river water clearer.

When the sun shines, the water absorbs the colors that have long wavelengths and creates the green color. This phenomenon appears only on some areas several meters long.

The clearer water facilitates the growth of microscopic plants or algae on sand and rocks beneath the sediment at the bottom of the river, making the river water blue.

China’s water diversion plan has sparked bigger concerns about the status of Mekong River. Some analysts said the plan, once implemented, would make the situation more serious.

According to Dao Trong Tu from the Vietnam Irrigation Association, this is a significant issue that needs careful assessment.

China controls 16 percent of Mekong’s water output. What worries experts is not only the Chinese building of hydropower dams to store water, but also its diversion of water out of the Mekong River basin.

China once implemented a south-north water diversion plan in 1952 as the country met big problems in water supply: the southern region suffered from floods, while the northern region lacked water.

Tu said it is necessary to examine whether China’s water diversion is a major cause behind the water color change of the Mekong. If China's diverting water to the north is leading to a decrease in the water volume to the lower course, this would be a serious problem.

The Mekong River Commission (MRC) needs to take responsibility for the solutions to deal with the river's color change, according to Vu Trong Hong, former Deputy Minister of Agriculture and Rural Development.

The Mekong Delta may experience sooner and even more serious droughts and saltwater intrusion in the 2019 – 2020 dry season, compared to the situation in 2016 when historic saline intrusion was recorded, an official has said. 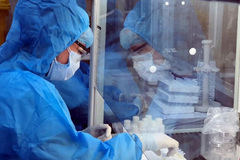