Like the SARS outbreak in 2003, which claimed the lives of five Vietnamese, the 2019 coronavirus is also believed to be transmitted from wildlife to humans. 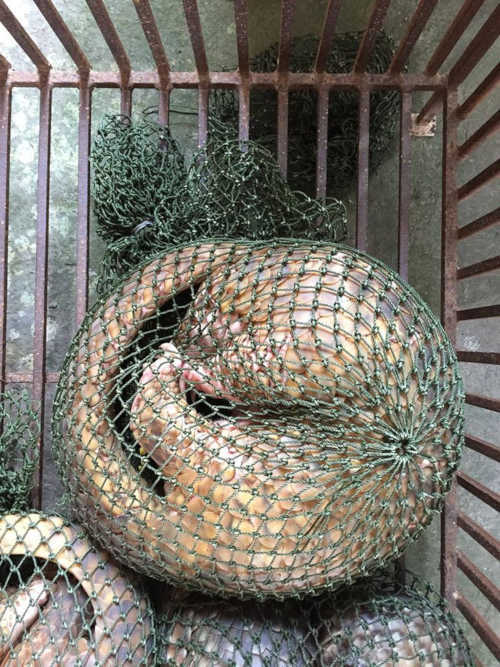 Scientists found that coronavirus is derived from bats and is transmitted through wildlife, the vector, to humans. It is still unclear which species act as the vector. However, a research team in China believes that the vector could be pangolin.

In any case, it is the activity of trading wildlife which has caused the spread of the virus and triggered the Covid-19 epidemic through close contact between humans and wildlife.

Not only SARS and Covid-19, but many pandemics that occurred in the last 20 years also show clear relations with virus hotbeds among wildlife populations.

African Swine Fever (ASF), which has caused serious economic losses in China, Vietnam and nine other countries, is believed to come from wild pigs in Africa. By the end of 2019, ASF epidemic had spread to all 63 cities and provinces in Vietnam and 5 million pigs had been culled.

The lesson from SARS and Covid-19 is clear: new virus strains will continue to be transmitted from wild animals to humans during wildlife trade and consumption.

Despite efforts in policy reform and law enforcement, the trade and consumption of wild animals in Vietnam remains serious. More and more wild animal products have been illegally carried to and through Vietnam.

Restricting the interaction between wildlife and humans through strong law enforcement to combat wildlife trafficking is the most effective approach to reduce the future risks associated with disease transmission between animals and humans.

The wildlife conservation organizations have proposed the government to take action to prevent the trafficking and consumption of wild animals – finding and closing illegal wildlife markets; prohibiting restaurants to sell wildlife meat; setting regulations which say all e-commerce platforms, social media and online newspapers to watch and eliminate all illegal transactions and ads about wildlife; setting strict regulations to effectively control the breeding for commercial purpose; reforming judicial procedures to improve the effectiveness of deterrence in the handling with crimes; and heightening awareness among Vietnamese about the risk of wildlife consumption.

Coronavirus: The noted victims of the virus in Wuhan