Vietnamese firms to export straws made from coconut milk

Ben Tre province, the ‘coconut metropolis’, made a record $192 million turnover in coconut and coconut-made products in 2018, or 23 percent of the province’s total export turnover. 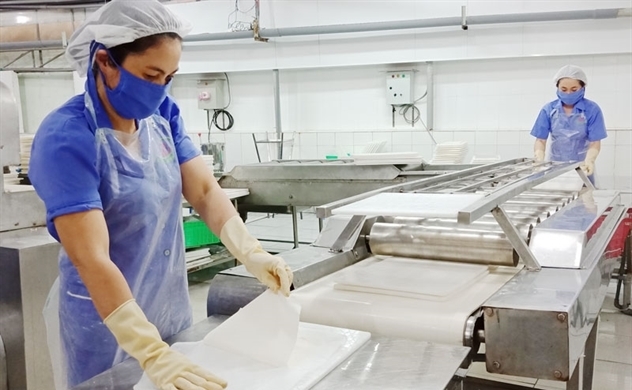 While the exports of traditional products are on the decrease (fiber from coconut coir decreased by 21.8 percent per annum, raw coconut jelly by 29.2 percent and dried copra 11.7 percent), the refined items are on the rise, contributing to the sustainable development of the coconut industry.

Nguyen Trung Chuong, deputy chair of the Ben Tre Coconut Association, said coconut enterprises are developing coconut-made cosmetics, medical products and food for health. As the products are made of coconut and natural materials, they are favored by consumers.

An enterprise in the province recently made straws from coconut milk. The coconut milk is from old coconuts which are mostly used to extract essential oil. The product is expected to have large markets.

In the UK, about 8.5 billion plastic straws are buried every year or drift into the sea. Former British Prime Minister, Theresa May, has said plastic straws should be banned in the UK from 2019.

In Vietnam, there are no official statistics about the use of plastic straws, but experts say that the figure is high.

In 2017, Vietnam was listed among five countries which discharged the highest volume of plastic waste into the ocean.

Saigon Co-op, one of the biggest retail chains in Vietnam, last April decided that it would stop selling plastic straws throughout the entire chain.

That was why Truong Thi Cam Hong, director of the Cuu Long Coconut Product Processing Company decided to make straws from coconut milk.

Cuu Long now makes a wide range of products from coconut, from beauty masks, coconut oil to make-up, but straw is the most difficult product to make. It must be thick, hard and flexible, and not dissolve in water.

Hong said she had to throw 5,000-6,000 coconut straws away before she could make the most perfect one.

Coconut straw is much thicker than oil absorbent coconut paper. There are two sizes of straws: straws for normal water intake and bigger ones for bubble tea. Straws go through many heat steaming stages to dry, harden and shape. No additives are used during the production process.

Hong said the coconut straws would be available in the market in April 2020.

The Ministry of Natural Resources and the Environment (MONRE) has decided that Vietnam has to control ocean plastic waste at source, on the mainland and on the sea.

Vietnam is among the countries discharging the most plastic waste worldwide, while its recycling rate is low and its policies have failed to cope with the increase in plastic waste, according to a released report by Ipsos Business Consulting.