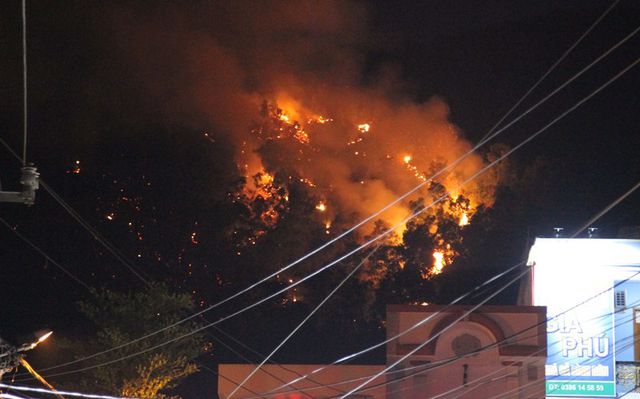 The fire broke out on Ba Hoa Mountain

Over 600 people including soldiers, local government and public employees were sent to deal with the fire that broke out on Ba Hoa Mountain. Many people panicked and feared that the fire would spread to their homes. Luckily, 600 households that live near the mountain were a safe distance away and did not have to evacuate.

"We have sent some hundreds more employees, police and soldiers to prevent the fire from breaking out again. The police will investigate the cause of the fire," said Ngo Hoang Nam, chairman of Quy Nhon City.

The fire was brought under control at midnight. The fire fighting was difficult due to rough terrain and steep slope. 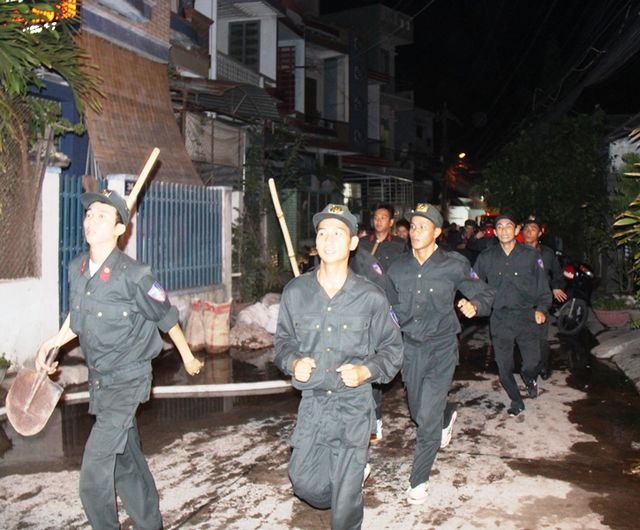 Hundreds of people sent to put out the fire

Also on July 12, a fire broke out on Cu Lac Hill, Hong Tra Town, Thua Thien-Hue Province. Over 200 state employees and local people put out the fire. Fire fighters faced many difficulties as the fire broke out at 11.30 am on steep slopes when the temperatures were high with a dry wind.

The fire was put out nearly four hours later. Over three hectares of forest was destroyed by the fire.

The local authorities have sent employees to monitor the site and investigate the cause of the blaze. Dtinews