Many gold shops in the cities of Hai Phong and Ha Long were discovered by Bao Ve Trung va Moi Truong reporters trading products made of elephant tusks in July.

Cau Dat street in Ngo Quyen district of Hai Phong City was the first destination the reporters visited. This is a bustling area with tens of gold shops and shops selling products made of gold, silver and gemstones. 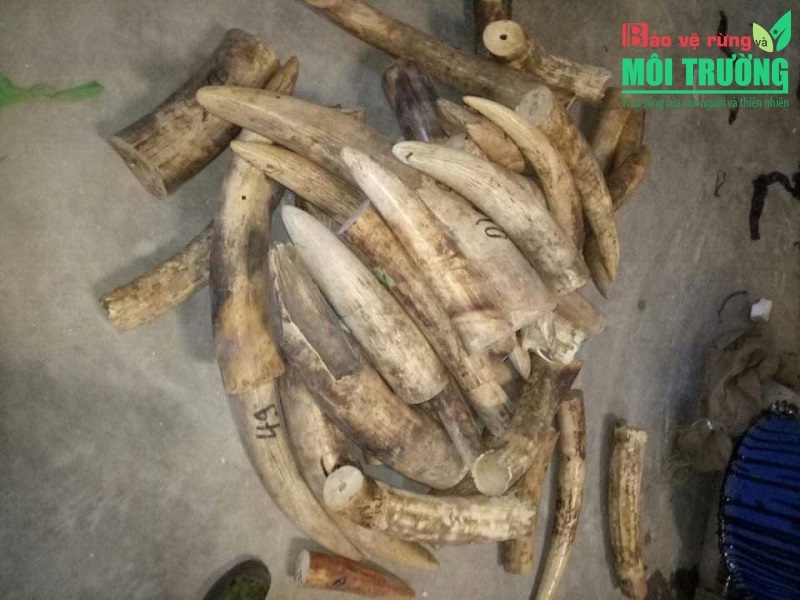 When reporters asked a local resident about the shops that sell ivory products, he said nearly all sold the products, but the shops’ owners had become very cautious after agencies' inspection tours days ago.

Acting as buyers, reporters came to a big gold shop, Q.H, at No 98 Cau Dat street. The shop’s owner reserved an area in the shop to display jewelry made of elephant ivory, such as bracelets and Buddhist statues. All the products had bar codes with detailed explanations about the weight, size and retail prices.

When reporters said they the products were possibly made of plastic or animal bones, an officer of the shop turned on his mobile phone and exposed light to the bracelet. The bracelet then turned pink with small veins.

“If the products are counterfeit, there won’t be this pink color and veins under the light,” he said and showed documents to prove that products are made of elephant ivory.

At other shops, reporters saw similar products and heard the same explanations. The owners of the shops all affirmed that their products are genuine and made of ivory. They asked reporters to leave mobile phone numbers and Zalo accounts, so they could send images for easier contacts.

“You just have to pay a deposit and you’ll get everything you want, including a big section of ivory,” a shop owner told reporters.

Just minutes after leaving the shops, reporters received images of a ivory section, 10 centimeters long, and images of bracelets, priced at VND7 million. The price of ivory section depends on the length and weight.

According to Nguyen Thai Hung from the Hai Phong Customs Agency, since 2013, the agency has discovered and seized more than 15 kilograms of ivory. However, there was no discovery in 2016-2018.

Since the beginning of 2019, the Hai Phong customs agency has seized 4,078 kilograms of ivory, most of which was from Africa, carried to Vietnam in containers of goods.

The cases all have been transferred to the police for further investigation. However, the owners of the goods have not been found.

Haiphong City police are investigating the import of over seven tons of ivory and pangolin scales into Vietnam through Haiphong port, the local media reported.