The shops selling Google Home Mini and Home Hub confirm that the demand for the products has increased by 3-4 times after it began supporting Vietnamese language.

“The sales of Google Home Mini, compact and cheap, have unexpectedly increased by three times over the last two weeks,” Hoang Minh, the owner of an online smart appliance shop said. 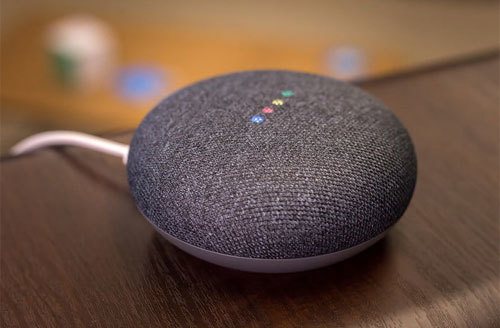 Le Thai, the manager of a shop specializing in distributing hi-tech products from the US, also noted the sales increase recently.

“I can sell up to 40 products some day,” he said. “Buyers all asked about the support for Vietnamese language and decided to buy the speakers right after getting advice and trying,” he said.

Even Google Home Hub, the smart speaker associated with screen, with the high price of VND3 million, is also selling well.

Le Viet, 28, in district 7, HCMC, said he bought the product after his friends said the conversations in Vietnamese language with the smart speakers are ‘very interesting’.

Thai noted that the support of Vietnamese language is attracting sales. Previously, only those who had knowledge about technology and showed interest in smarthomes were interested in smart speakers. But now, as the speakers support Vietnamese language, it can attracts other users as well.

For other users, Google’s smart speakers can support music listening, information inquiries, and appointment and alarm setting, through voice.

For those who use smart speakers for smartphones, the product can turn on/off and regulate home smart appliances through vocal commands.

However, some users said the ‘assistant’ is not perfect and is not good at recognizing Vietnamese language as well as English.

There are many Google smartphone products available in the domestic market, of which Google Home Mini is the most common.

The more expensive models include Google Home Max priced at VND10 million which has good sound, and Google Home Hub which has a screen for information display.

The availability of support for Vietnamese language has helped Google win over its rival – Amazon Echo used for Alexa.

Selling well in the US, Amazon's Echo Dot 3 (black) is losing ground to Google Home Mini in Vietnam.

Minh said as the demand has increased, the supply of Google Home Mini has become short, thus pushing the prices up.

On two biggest online sale websites, Google Home Mini has the quoted price of VND900,000-1 million, while the price once dropped to VND800,000 two months ago.

Google does not sell hardware in Vietnam. Its smart speakers are imported to Vietnam through unofficial channels.

The HCMC authority has proposed the central Government approve construction of a hi-tech park, the second of its kind in the city, covering some 195 hectares in District 9.

Covering a total area of 10,000 square metres, the new hi-tech strawberry garden located in Ta Nung commune in Da Lat city in the central highlands province of Lam Dong is a new tourist attraction to visitors.