The decision was made following a proposal by 30 local districts. 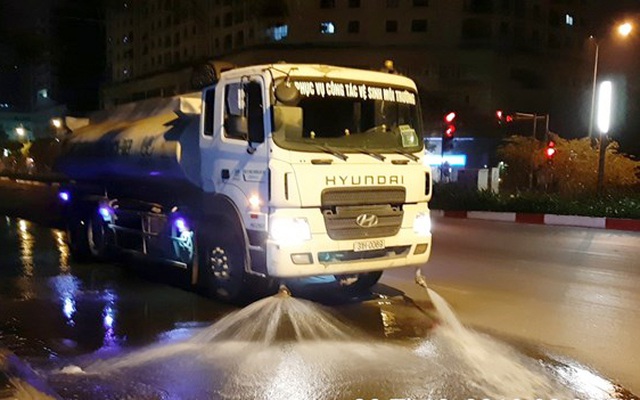 A water truck used on a Hanoi street

The washing is only applied to main streets which often face congestion and are used for holding events and ceremonies. The work will be carried out on long hot spells and when Hanoi faces air pollution, not on rainy days.

The Finance Department has been assigned to instruct districts and the Department of Construction on the budget allocation and select contractors for the work in line with the government.

Hanoi has suspended cleaning streets with water since February 2017 as, according to the city’s authorities, using street vacuum cleaners would help the city save VND70 billion (USD3 million) each year. Thus, the municipal government has purchased 50 street sweeper machines and garbage trucks from Germany for the work. One truck can collect 1.5 cubic metres of dust daily, the same volume as 12 workers.

Since then some streets are washed only during major celebrations and the area around Hoan Kiem Lake before and after they are closed to traffic during weekends.

However, last year, the city decided to resume the use of water trucks for street cleanup amid the city’s worsened air pollution. Dtinews