The lack of parking areas has become a headache for Hanoians. According to the Hanoi Transport Department, tens of parking area projects in the 2003 program are still on paper. 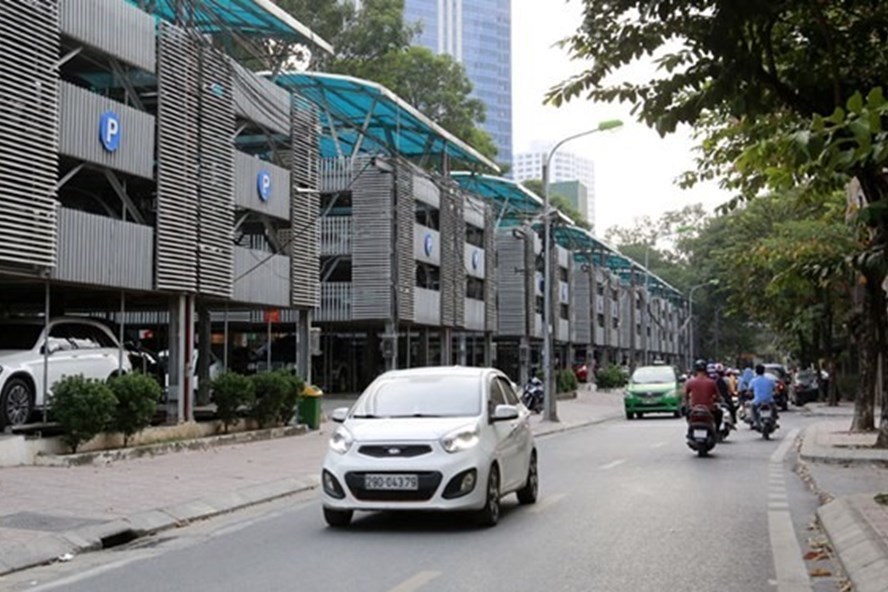 However, all of these projects have not kicked off.

To date, the city has built only nine bus stations, 10 truck terminals, while there are 562 parking lots on streets and roads. It is estimated that the total area of parking lots in Hanoi can satisfy 10 percent of the demand.

Former Chief of the Division of Public Security Division of the Hanoi Police, Senior Lieutenant Colonel Nguyen Anh said the unplanned development of public parking lots by individuals and businesses shows weakness in the municipal authorities in urban area management.

Anh said the serious shortage of parking lots leads to the establishment of illicit parking lots where vehicle owners are overcharged, which causes loss of public order and fire and explosion risks.

People once hoped that the 6,000 square meters of land on Phan Ke Binh street in Ba Dinh district would be turned into a large-scale modern parking area. The land plot was allocated to Da Quoc Gia JSC in 2008 to develop such a parking lot.

However, after more than one decade, the land plot has become an area for restaurants and beer shops, and only a small area is reserved for vehicle parking.

The project on Nguyen Hong street of Thanh Cong ward in Ba Dinh district, not far from Phan Ke Binh, has had the same fate.

Only when the public voiced concern about the unlicensed parking lot was it removed and replaced by the temporary parking lot licensed by Ba Dinh district’s authorities, now being managed by the Infrastructure JSC. Next to it, there are vehicle interior decoration workshops, car repair stations and dumping grounds.

“Parking is a personal need. People have money to buy cars, so they must have money to pay to build parking lots and pay reasonable fees,” he said.