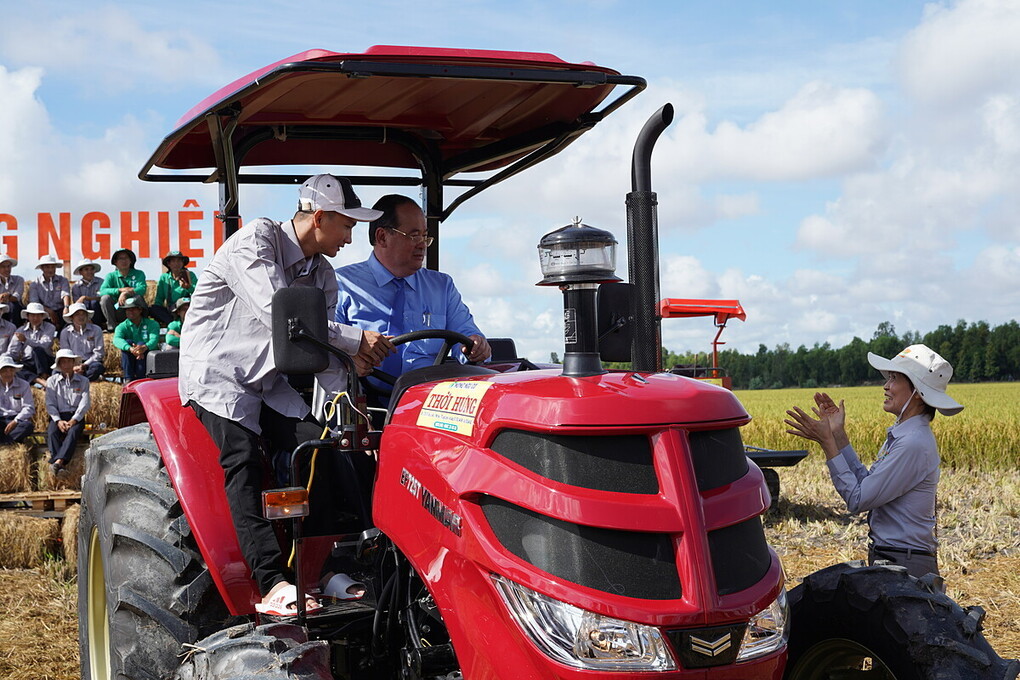 “We want to develop modern agriculture, while next-generation co-operatives have initially proved their efficiency in re-organizing production and building the cooperation model in accordance with complete value chain,” Nguyen Thanh Binh, chair of An Giang, told VNexpress.

Huynh Van Thon, chair of Loc Troi, said that farmers joining next-generation co-operatives will receive support in choosing input products that satisfy the market demand. They will receive financial support throughout the crops and get advice on the standard faming process.

In recent years, domestic demand for organic farm produce has increased, and with the new EVFTA, modern sustainable agricultural production will be increasingly applied.

Developing sustainable agriculture is not new in Vietnam. In 2013, the government released Decision 899, approving a plan on restructuring agriculture which strives for added value and sustainable development.

As of 2018, 33 provinces and cities in Vietnam had organic agricultural production models with 76,700 hectares of growing areas, ranking seventh in Asia and third in Southeast Asia.

However, Vietnam’s sustainable agriculture accounts for a small proportion, just 0.28 percent, if compared with the total agricultural land area of 26.8 million hectares. The proportion is 0.41 percent in Thailand and 0.59 percent in China.

Meanwhile, according to the World Bank, Vietnam’s fertilizer consumption has been increasing year on year and according to FAO, greenhouse gas emissions have also been rising.

Phi Thi Hong Linh and Bui Thi Thanh Huyen of the Hanoi National Economics University, the authors of a study on green agriculture, said that some achievements have been gained: environmentally friendly production models have been organized, while the consumption of pesticides has decreased.

However, they pointed out that the small scale of production and the increase in fertilizer consumption and greenhouse gas emissions remain a big problem.

Many problems have been cited. The legal framework related to green agricultural production still has problems. There are uncertainties in planning and the policies to attract investment in the field. The popularization of green farm products has not been given much importance, and farmers’ awareness is limited.

Nguyen noted that developing sustainable agriculture in Vietnam is a difficult task because of the pressure to increase output. Besides, climate change, including drought, landslide and insects, also affect the development of sustainable development.

Hanoi in the front line on curtailing the use of pesticide

Nguyen Manh Phuong, director of the Hanoi Department of Plant Production and Protection talks on the city’s plan to curtail the use of pesticides in agricultural production.