Many households and enterprises in Vietnam have proposed continuing the solar power purchasing price at 9.35 cent per kwh, as applied before June 30.

At a customer conference on solar power development held by Tan Binh Power Company some days ago, many households said they were still reluctant to install rooftop solar power systems because there is no information about the electricity price. 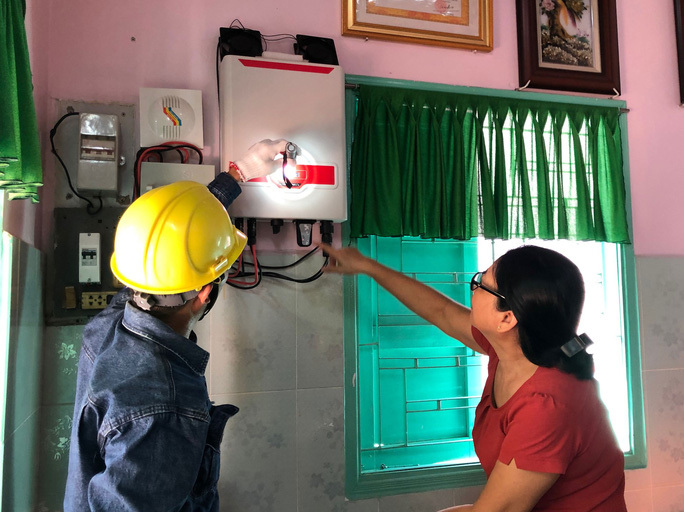 “It’s still unclear about the electricity price the Electricity of Vietnam (EVN) would apply, so I still cannot make a decision,” said Tran Huu Nguyen, a HCMC resident in Tan Binh district.

Nguyen is not alone. Many households in HCMC want to install rooftop solar power systems, but they don’t know if this can bring a profit.

The electricity price of 9.35 cent per kwh is no longer valid. Households have been told that a new price level would be applied beginning July 1. However, to date, no price level has been fixed.

In fact, more rooftop solar power systems have been connected with the national grid since July 1. However, since there is no decision about the new electricity price, EVN HCM City cannot sign contracts on purchasing electricity with power system owners and cannot make payments for the electricity EVN has purchased.

According to Viet, maintaining the electricity purchasing price at 9.35 cent per kwh is reasonable.

The Ministry of Industry and Trade (MOIT), in the latest draft on solar power pricing, also proposes maintaining the purchasing price at 9.35 cent per kwh and keeping the price unchanged until 2021.

Analysts say that if the price level gets approval from the government, the rooftop solar power market will see a boom in the last months of the year. They said many households are ready to install solar power systems soon after the electricity price is fixed.

The solar power boom in Vietnam is bringing benefits for Chinese suppliers and contractors in engineering, procurement, and construction participating in the value chain, but are urged to be cautious in choosing suitable and reliable partners.