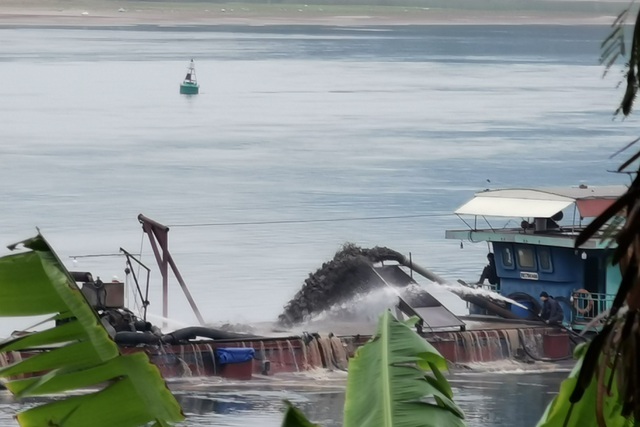 The issue is focused on Son Ha village in Hanoi's outlying district of Ba Vi, which is just a kilometre from the headquarter of Khanh Thuong Commune People’s Committee. The illegal activity happens in daytime.

The sand extractors are suspected to be a group of local people.

The sand dredging lasts around 45 minutes each time. The sand is often transported upstream to Hoa Binh Province. The boats blatantly operate without being stopped by local authorities.

“We have informed management agencies of the problem, but this has been still ignored. This has posed the threat of erosion to households nearby”, said a local woman.

"The commune does not have enough staff to supervise the problem,” the official added.

According to a local policeman, due to the lack of the technical equipment, it is difficult for local authorities to collect images of sand mining boats from distance.

The Hanoi People’s Council on December 8 conducted a Q&A session about state management over river-bed sand and gravel exploitation.