After officially being launched on the international market, the first iPhone 11s were brought to Vietnam for sale. 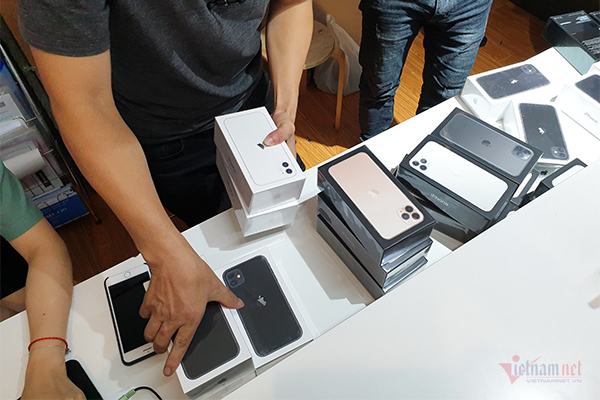 Since authorized resellers won’t have iPhone 11s for sale until late October, those who want to try iPhone 11 soon have to buy products from private shops which import through unofficial channels.

Tran Thanh, the manager of a smartphone shop in Hanoi, said the iPhone market this year was more bustling than in previous years, because Apple targets the mid-end market segment as well.

“iPhone XR launch in 2018 was not really as luxurious as expected, while iPhone XS was too expensive. But things are different this year. iPhone 11 also has luxurious design like iPhone 11 Pro, but its price was very reasonable,” she explained.

Thanh said that her shop sold 150 2019-series iPhones on the first day of launch, mostly iPhone 11. White and violet colors were the best selling versions. As demand is very high, buyers have to contact the shop in advance and pay a deposit.

As for iPhone 11 Pro and Pro Max, Midnight Green version were the most wanted. However, the supply is short. Therefore, gold color iPhone remains the best seller. Regarding the memory capacity, users tend to choose 64GB and 256GB.

In previous years, the prices of iPhones were sky high when they first appeared in Vietnam. But not this year. Nguyen Tat Dac in Cau Giay district in Hanoi commented that private shops are making a profit thanks to the large quantity and sales of products, so there is no need for higher prices.

Duy Cuong in Ha Dong district said iPhones this year are much cheaper than previous years, while the price gap between officially and unofficially distributed products is narrower, just several million dong. As the supply is expected to increase in the time to come, iPhone 11s will be even cheaper.

Cuong disagrees that the early appearance of iPhone 11 Pro Max in Vietnam was the reason behind the low pricing of the product. He said the demand for iPhones is always very high in Vietnam. 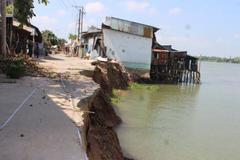