iPhone users have complained that iOS 13 beta on their phone sets sometimes interferes with incoming calls.

"This doesn’t happen regularly, but it affects my life and work a lot,” said Nguyen Minh Hieu, 25, an office worker in Hanoi. 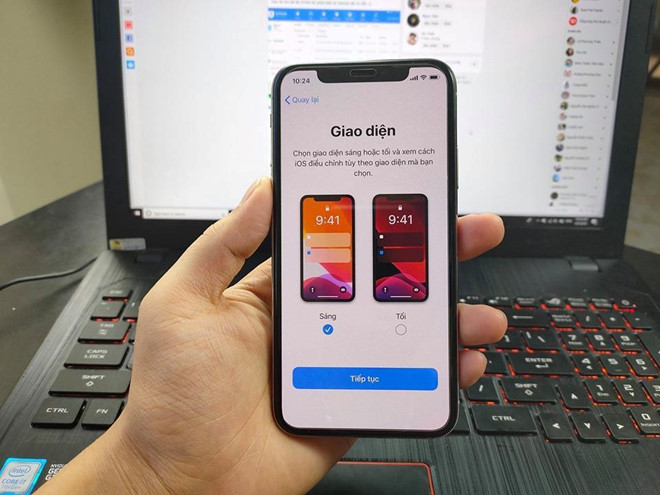 On iPhone fans’ forum, many users have complained about similar problems after they installed iOS 13 beta version.

Apple recently offered its new iOS beta version, allowing users to test them before other people.

On mobile devices, the three wavy lines are still shown, but the phone cannot receive incoming calls. This happens with calls of many different mobile networks, including VinaPhone, Viettel, MobiFone and Vietnamobile.

“The signs on my iPhone show that conditions are perfect. I can call other subscribers, but cannot receive calls. I usually have to restart my iphone to fix the problem,” Quoc Nam commented on the forum.

Minh Duc, a technician at an iPhone Shop on Cau Giay district in Hanoi, said the errors were anticipated.

“This is the beta version of iOS 13, so errors are unavoidable,” he said, adding that users have only one choice – ‘live with the problem’ and wai for the next version in which the problem can be fixed.

In the latest beta version of iOS 13, Apple has fixed some errors which existed in previous versions, including the inactivity of Touch ID on iPhone 7, 8 and 8 Plus models. Wi-fi and bluetooth connections have been improved.

However, the latest version still has system errors, including application conflicts and lag. Some users even complained that their devices fell into the state of pending and automatic restart.

“The new operating system supports many interesting features, and the performance of my iPhone X has also improved significantly. However, the battery fell quickly and applications escaped abruptly,” Nguyen Quang Son wrote on his Facebook.

While iOS 12 beta was described as reliable enough to install straight away, this year’s iOS 13 beta is not.

iOS 13 was introduced by Apple in early June at WWDC 2019 with some feature changes and focus on device performance. According to Apple, the iPhone models installed with iOS 13 will have screen unlocking speed with Face ID 30 percent faster and an application opening speed 2 times faster.

Device turning old iPhones into 'new' ones available in Vietnam

JC-B1 devices can turn an old iPhone battery into new ones with false information cheating iOS and consumers.