Used iPhones and unofficially distributed iPhones are carried to Vietnam through unofficial channels and are distributed mostly by private shops. As they are several million dong cheaper than products distributed by official resellers, they are favored by many Vietnamese. 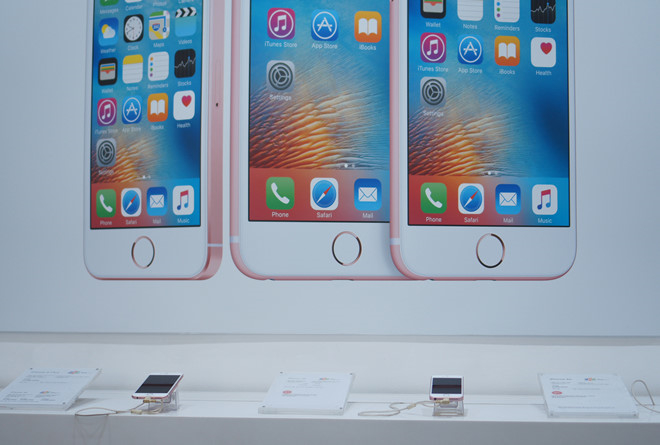 However, since the products are not distributed by Apple Store and official resellers, buyers cannot enjoy official warranty policies and have to accept risks.

In October 2016, iPhone users complained that their devices suddenly did not accept SIM after the software restoration. The phenomenon occurred mostly with iPhones sourced from the US and Japan.

Some experts said many devices had SIM locked because the products were locked versions and users used unofficial codes to unlock. Apple scanned the devices and locked them again.

At that time, many private shops confirmed that their clients complained about the SIM locking. To settle the problems, the shops had to provide givey sims to clients and recommended that clients not restore or reset devices.

However, the buyers could use the products for only half a year, because the givey sim became useless. Apple neutralized the givey sim, turning locked iPhones into useless bricks.

The next generations of givey sim have been launched into the market, but buyers are not sure if the givey sim will be neutralized once more.

Last week, users in Vietnam complained their iPhones were locked from a distance with a strange iCloud account.

When users activate devices or restore original settings, an iCloud account named k****@s****.net would automatically log in and lock the devices. This is described as extremely serious flaw which never occurred before.

The number of users reporting the same problem on iFans’ forums is on the rise. Some sources guessed that users accidentally exposed IMEI numbers, and were attacked from a distance through a security flaw.

Hoang Giang, the owner of an iPhone shop in Hanoi, said that in the past, when offering to sell iPhones and advertised products on social networks, he provided IMEI numbers for buyers to check. However, now, he has to keep the information secret.

Locked iPhones from US to become international version

Because of a new policy, locked iPhones from Verizon will be unlocked after 60 days of use if they meet some conditions.