A group of scientists from Hanoi National University have used solar energy to light lamps. Dr Nguyen Tran Thuat and his students from the Nano and Energy Center of the Hanoi University of Natural Sciences have gained several achievements after five years of research and development. 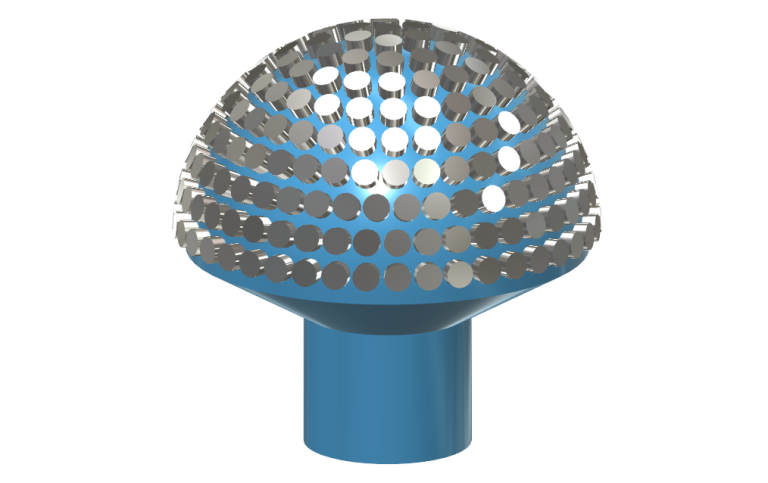 The product works thanks to the sunlight convergence mechanism. It has two parts – the solar energy collection unit which is installed on the roof, and the unit scattering the energy downwards through light transmission pipes.

Lamps that are non-electric are already available commercially, but their prices are relatively high for Vietnam. So, the research team decided to find more optimal solutions that can create products at lower production costs, according to Thuat.

To create the final lighting product, the team tested a lot of different versions.

In the first version created in 2015, the researchers used a large parabolic mirror to absorb sunlight into a smaller parabolic mirror. This small mirror shines light down the pipe so that it can shine to the scattering area and brighten the lamp.

However, they realized that if using mirrors to converge light, they would receive light from one direction only. Anf sunlight changes its direction regularly.

If attaching a motor to the two axes, so that motors can rotate, it would require regular maintenance of the motor. As the system needs an open space for light to come, humidity from the environment would penetrate into the system, damaging devices.

In the second version, the researchers replaced an axially rotating parabolic mirror with many hexagonal and pentagonal lenses that are routinely arranged to form a fixed mass.

The second version of the system settled nearly all the problems existing in version 1. It does not need a rotary, but can receive light from all sides, and if it is put on the roof, it will become a closed equipment with no humidity penetration.

With these advantages, the environmentally friendly equipment received a patent from the National Office for Intellectual Property (NOIP).

However, Thuat said his research team is still working on the third version which will be greatly improved.

In the second version, the material of the lens is PMMA, which, according to Thuat, will get old and discolor. It will also be costly to replace it.

The researchers believe that the existing lens cannot bring high expected efficiency, because these are lens used in LED lamps, which are very cheap in the market. These lenses are only optimal for light generation, not for light reception.

Vietnam's top 10 research institutions in the fields of natural science