However, to this end, they must solve a myriad of issues, including finding a completely new take on social networking itself. 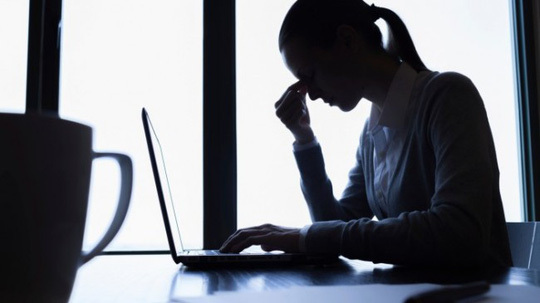 Some of the new networks popping up in 2019 aimed to get millions of users in only five years
Over the past few years, the “Thich Nau An” channel on YouTube has attracted hundreds of subscribers. However, Nguyen Phuong Linh told VIR that she wants to shift her business to another platform after she was recently affected by YouTube’s “related videos” strip.

“My channel is all about cooking, but sometimes some of my videos appear on the ‘related videos’ strip of other harmful videos. I found out when a friend sent a screenshot about it,” she said. “It is very annoying but I cannot yet make the shift because the user base on other platforms is nowhere near YouTube, and most of them do not even have a profit-sharing policy.”

With their extensive use of the contents of entertainers, news, and articles, Facebook and Google – the operator of YouTube – have grown into the only effective channels of operation for local content creators. Thanks to that, they easily hold 60-70 per cent of the local advertising market, bringing in hundreds of million US dollars in annual revenue, according to the Ministry of Information and Communications (MIC).

Market research company ANTS forecast that the turnover of the local advertising market in 2019 would reach $648 million, including $275 million made by Facebook, $174.9 million by Google, and the remaining $180.9 million shared among the rest of the market. In 2020, the market value will hit $760 million, with $512 million accounted for by the global tech firms. The giants are under fire for being averse to sharing more advertising income with local content creators, though they have been broadly responsible for the platforms’ success in Vietnam.

2019 saw the appearance of three Vietnam-based social networks, including Hahalolo in June, Gapo in July, and the latest Lotus in September. According to the MIC, the consecutive launching of social networks is part of the plan to raise the popularity of domestic platforms.

Last September, the VND1.2 trillion ($52.17 million) social network Lotus operated by VCCorp was officially put into operation. Accordingly, the social network was the fruits of co-operation among 500 content creators in various fields like education, lifestyle, and economics to create a “Made in Vietnam” product which is unique and different from other social networks as it focuses on content creators.

Sharing the same goal, Hahalolo was gunning for two billion users by 2024 and wanted to challenge Facebook from the get-go, planning a listing in the United States in 2025.

The introduction of Lotus roughly coincided with that of Appnews, a news aggregator application developed by Yeah1, showing a co-ordinated attempt to challenge the foreign giants on the front of content distribution.

Aiming to break the dominance of overseas platforms like Facebook, Google, and YouTube, the MIC has set the target of catching up with Facebook in terms of the number of Vietnamese accounts on local social networks by 2022, and to help Vietnamese social networks seize 60-70 per cent of the local advertising market.

Speaking at the launch of Lotus, Minister of Information and Communications Nguyen Manh Hung said, “At the current amazing growth rate in the number of local users, Vietnam will reach the goal in 2020 or 2021 at the latest.”

With their spectacular launches, most local platforms managed to draw on board significant numbers of Vietnamese users keen to try out domestic social media alternatives. However, their popularity slowly tapered off after users realised there is little novelty in the new platforms.

While shrinking userbase is always discouraging, the strong start shows that the market is open for new social networks and that those who manage to truly stand out from the crowd will be able to grow.

Lotus, which was harangued in as the most promising Vietnamese network of 2019 due to the backing of VCCorp, a leading local online advertiser, and large investment value, quickly sunk into oblivion as it failed to generate interactions among users and even clickbait entertainment news failing to generate clicks.

While Lotus has not really managed to seduce users from the social networks they are already using for want of a high-calibre x-factor, its content centric approach garnered great enthusiasm among content creators and consumers alike. This suggests that once the social network manages to work out all the kinks and bring together its offering, there is a significant user base awaiting.

Discussing with VIR the performance of Lotus, Trinh Minh Giang, CEO of Venture Management Consulting Group that specialises in investing in tech startups, said that Lotus has not found a suitable approach to users. After the big launch, the number of users was huge but they soon dwindled because there was no interesting content on the platform.

Giang added that Lotus should have focused on getting users interested instead of simply getting them on board for the launch.

Bui Linh Chi, from VCCorp’s Pulic Affairs and Communications Department told VIR that, “In the beginning there will be a lot of challenges, but we will overcome them and bring the best experience to users.”

Not being able to patch together a truly new offering was the main cause of the many previous failures. Gapo, with about two million users, is filled with content reposted from Facebook and TikTok. The likes of Go.vn, Zing Me, Banbe.net, Tamtay.vn, and Yume.vn all received heavy funding at the onset just to fall into obscurity.

“Most of the platforms have been suffering tremendous losses and they keep calling for investment to keep going,” said Giang. “However, with the modest user base and low traffic on local platforms, it remains a question whether they deserve investment.”

Data – master of the game

Explaining the reason behind the stranglehold of Facebook and Google, Giang said that by owning billions of users globally, they can easily map out users’ behaviour or hobbies, then target them with content and advertisements. This helped their advertising revenue reach impressive heights in every market.

What it comes down to for local players is getting more users. “Advertisements will come once there are enough users and traffic,” Giang emphasised.

The power of any platform around the world comes from the number of users and their interactions with each other and with the platform. The more user data is generated, the easier it will be to fine-tune advertisements. The social network that can find a way to do this will rise to success, the industry experts believe.

Regarding local players’ chances of success, Giang added that by nature these platforms are striving for monopoly. They go into enormous expenses to get as many users as possible to amass sufficient data.

Hence, the problem is that Vietnamese platforms have to be strong enough to attract users from other, more established platforms – which makes finding a unique angle, a novel offering imperative.

In this situation, “all the government support will amount to nothing if the platforms themselves are not good enough,” insisted Giang.

Instead of going into tremendous expenses to keep pace with the current status of Facebook, local developers in the country may have to focus on the new generation of social networking innovations in order to reach the next stage in step with Facebook – or even a step behind.