Do Hoang Trung, chairman and general director of IDEA, said the company about two years ago began producing robotic arms, automatic guided vehicles and other items, which have been sold to FDI businesses in Viet Nam.

The company plans to build its 1ha facility at the park soon, as well as a training centre for staff. It aims to become a leading robot brand in Viet Nam in the next five years.

Kieu Huynh Son, deputy chairman of the HCM City Mechanical and Electrical Businesses Association, said many businesses such as IDEA, Autotech and Truc Quang were taking part in the field.

The country is one of the fastest-growing robot consumption markets in ASEAN, and is expected to grow even more in the next two to three years, he added.

However, due to limited technical infrastructure, underdeveloped supporting industries and limited robot quality testing equipment, local businesses have not been willing to invest heavily, preventing the industry from reaching its full potential.

He said that there should be more collaboration between domestic and foreign experts to develop new automation technology for Viet Nam's manufacturing process. More attention also needs to be paid to pushing investment and research, he added. — VNS

Big securities companies are trying to catch up with the technological revolution in the financial industry by employing robots and artificial intelligence (AI) to provide services for their clients.

Tam’s role as a nurse at the Eastern People Military Hospital in HCM City is crucial to the health and well being of patients. 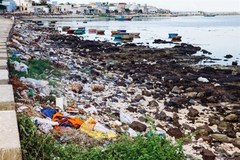