More than 50 firms and 10 universities are developing voice data, but they are not sharing data to create a common database.

Google does this and has a huge voice database that serves many apps for AI.

Bui The Duy, Deputy Minister of Science and Technology, said input data is extremely diverse and AI will do the task of analyzing, selecting data and then making decisions. 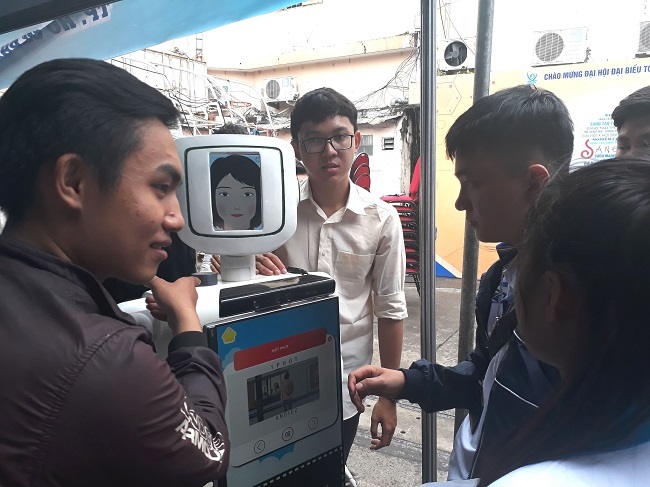 However, in Vietnam, many businesses still do not pay much attention to the role of data and don’t have the habit of accumulating data. State agencies have built databases they have not classified and have not shared the data with businesses and people.

“Universities and businesses in Vietnam are developing voice data, but they have not shared their achievements with others,” Duy said.

Elaborating on the importance of data, Ousmane Dione, the World Bank Vietnam Country Director, said in the past, countries considered oil the important natural resource to develop the economy, and now, they consider data as the ‘oil’.

No computer can solve problems if it is not provided with input data. With the data, AI can ‘learn’ and analyze to make decisions.

Dione believes the biggest challenge for countries in developing AI is the attitude of people. When data is available but is in a dispersed form and there is no platform to share the data, it can't help solve problems and bring socio-economic benefits.

Nguyen Thien Nghia, deputy director of the Information Technology Department under the Ministry of Industry and Trade, commented that in the past, enterprises needed state support by allocating land and providing preferential loans. But now, what they need most is the state’s data and technology infrastructure.

Duy emphasized that “the more data there is, the smarter machines will be".

Data development must be associated with security measures. Tran Minh Triet, vice rector of the HCMC University of Natural Sciences, said it is necessary to be cautious when collecting and exploiting data for use in AI. Bad data may create fake and inaccurate information and, therefore, AI may make wrong decisions which serve bad purposes.

According to Vu Hai Quan, deputy director of the HCM City National University, the municipal authorities need to build an AI training and research entity. This entity will suggest regulations on ensuring data integrity, data security and data sharing for each solution of AI in life and production.

The HCM City administration is in the process of integrating the data of all its departments and agencies to create a common-use shared digital map as a part of the city’s smart city project.