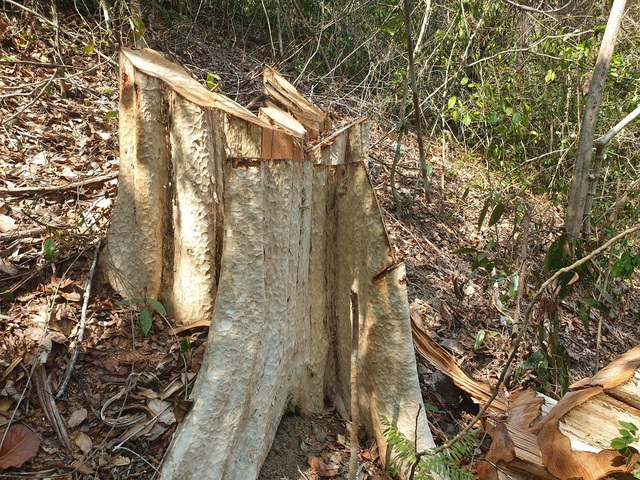 On May 11, a delegation from the Dak Lak Department of Forest Protection had a meeting with the forest rangers in area 4 and the management board of Ea So Natural Reserve and local authorities to discuss the situation. They will also conduct field surveys and have plans to put a stop to the illegal logging activities there.

Dak Lak People's Committee sent an official document to Gia Lai People's Committee asking for co-operation to patrol and raid the hotspots at the border forest between two provinces. The illegal logging activities have badly affected the biodiversity conservation. Several rare and precious plants were destroyed.

Taking advantages of the fact that MDF Vinafor Gia Lai Company is managing a planted forest there, the illegal loggers disguised themselves as the company employees to go into the nature reserve to cut trees and transfer timber out. 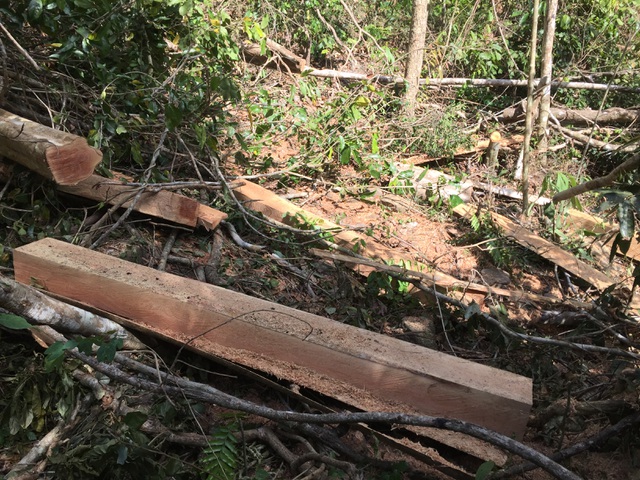 According to the Ea So Nature Reserve Management Board, the loggers are ethnic people in Krong Nang and Ia Hdreh communes. They often go into the forest in a group of seven or ten. From 2017 to 2019, the authorities have dealt with 78 cases and 96 violators. VND286m (USD12,200) was collected and 3,362 m3 of timbers were seized.

On September 22, 2019, the forest rangers at Ea So Nature Reserve found a group of 13 people was chopping down the trees illegally. The case has been transferred to the police in Ea Kar District and 1,756 m3 of timbers were seized. Dtinews