At that time, ‘installing Windows on the move’ was understood as installing uncopyrighted operating system Microsoft Windows XP SP2 on personal computers, from drivers to software, to ensure the normal operation of computers.

The service providers brought CD discs to install other software programs as a ‘bonus’, such as Lac Viet (dictionary), Vietkey (input method editor (IME) for encoding Vietnamese for Windows), antivirus software, fonts and office software in case the computers had no internet connection.

At that time, internet connections were not common then. Several years later, high-speed FTTH (fiber to the home) service began.

Installing Windows was not a simple job. The service providers also had to know how to fix common problems with both software and hardware, including on/off problems, double click, USB portal and headphone jack errors, and Blue Screen Of Death (BSOD).

“This was a hard job,” Duc Viet, 28, from Voz, recalled the days when he earned his living by installing Windows.

“Before I started, I always asked clients if they had any documents saved in C:\ drive, and clients said ‘no’. Then I ran the format and spent hours to install software. After I finished, the clients shouted that they had lost all documents. They appeared to have saved documents in My Documents on C:\,” Viet said.

Viet had to spend another hour to ‘rescue’ the data.

In addition to Windows installation, IT workers, or ‘techmen’, as called by many Vietnamese, also did other work such as Ghosting computer or freezing hard drive to earn extra money.

There was no fixed price for additional services. It depended on the number of additional software installed and clients.

"Ghosting" a computer means creating a clone of contents of C:\, or other drives with Symantec Norton Ghost. If the operating system fails, the installer will extract the Ghost version without wasting time reinstalling from the beginning.

To freeze hardware, they used Deep Freeze software to lock the hardware in a certain state, often applied in internet shops to prevent customers from accessing arbitrarily or installing miscellaneous programs just after one restart.

In general, computer owners had to pay VND50,000 for every installation. In mid-2010, when Windows 7 and the installation method of using USB Boot became more common, the service was no longer hot.

The author of Unikey – the ‘national software’

There is a software product made in Vietnam which has been used in most computers in the country for tens of years, called Unikey. 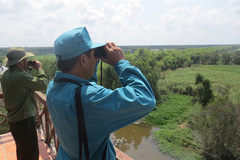 The Tram Chim National Park in the Mekong Delta Province of Dong Thap has 13 bird species that are facing the danger of extinction and need urgent protection, according to park authorities. 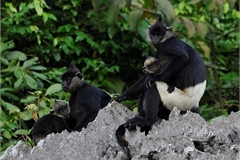 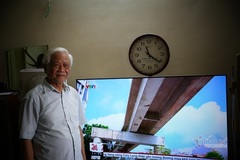 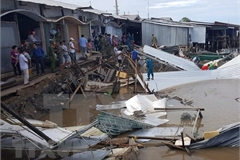 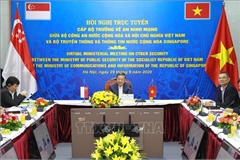 Vietnam’s Ministry of Public Security and Singapore’s Ministry of Communications and Information held a virtual minister-level conference on cyber security on September 29. 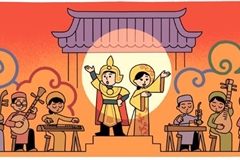 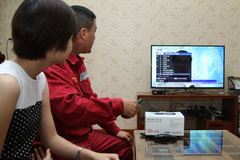