Vietnam since early June has mobilized the entire society’s resources to reduce plastic waste. The country is striving to eliminate disposable plastics by 2025.

The hotels belonging to Melia Hotels & Resorts in Vietnam, including Melia Hanoi, Melia Ba Vi Mountain Retreat, Melia Da Nang and Melia Ho Tram, all now restrict the use of disposable plastic products. They have replaced plastic straws, cups and bags with products made of bamboo, paper, wood or glass. 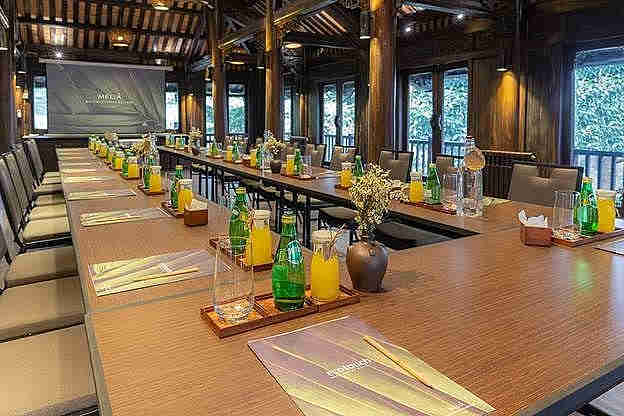 Melia Hanoi has been running a ‘Say No to Single-use Plastics’ campaign since September 2018. Melia Ba Vi Mountain Retreat has begun using ecoheim, a kind of environmentally friendly paper, and recycled paper to print documents.

Melia Da Nang is implementing the Soap for Hope program, collecting used soaps, and sterilizing, pressing, drying and packing it into new soaps to send to areas with limited sanitary conditions.

Many hotels have stated they are no longer using disposable plastics at meetings.

Edgar Cayanan, CEO of Paradise Cruises, said it takes plastic waste at least 200 years to decompose and it is harming oceans, including Ha Long Bay. The service provider understands that it needs to take action immediately to reduce the volume of plastic waste.

Anam uses treated laundry water to irrigate gardens, conducts clean-up campaigns to clean the beach, and calls on employees, suppliers and neighboring hotels in the area to join hands to limit plastic waste.

Saying No to Plastic Straw is a campaign launched at Sol Beach House Phu Quoc. The resort commits to support campaigns to protect the environment and to eliminate disposable plastic use.

At the resort, reusable bamboo straws are used instead of plastic. The 100 percent natural and organic straws are made of bamboo and plants grown by enterprises and ethnic minority people in the locality.

Reports show Vietnam is a major source of plastic waste. Hanoi alone produces 600 tons of plastic waste a day, or 10 percent of total waste of the country , which mostly comes from industrial production and consumer distribution.

Photographer on a plastic waste mission

Nguyen Viet Hung has travelled over 7,000km through 28 coastal cities to capture 3,000 photos and videos of plastic waste.