Following official price adjustments of a series of next-generation models, including XS, XS Max and XR, the prices of previous-generation models available at private shops have also dropped sharply.

After many years, the prices of iPhone 6S, 7, 7 Plus and 8 have decreased to below VND10 million, equal to the prices of Android low-cost and mid-end products. 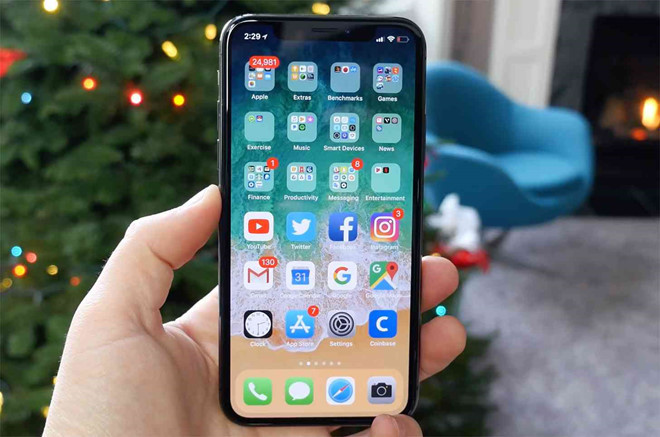 “iPhome 6S and 6S Plus have become affordable to low income earners,” a member of the hi-tech product forum commented.

At some private shops in Hanoi, an iPhone 6S 16 GB has the quotation price of less than VND4 million, while iPhone 6S Plus is priced from VND6 million.

As such, the prices of the couple have dropped by VND500,000 compared with earlier this year. With the new prices, iPhone 6S has become the direct rival of Xiaomi, Oppo and Samsung’s products.

However, the sharpest price decreases happened with iPhone 7 and 7 Plus. The two models are the best sellers in the unofficially imports market. The price of iPhone 7 32 GB has decreased by another VND1 million to VND6 million.

Meanwhile, iPhone 7 Plus, with larger screen, has also seen the price drop by another VND800,000 to VND8-10 million for 32 GB and 128 GB versions, respectively.

Even iPhone 8 and 8 Plus have also decreased in prices though they just turned up in the market less than 2 years ago. Used nearly brandnew iPhone 8 is priced at less than VND10 million. The price gap between used and brandnew products is up to VND5 million.

The high sale season (Lunar New Year) and the supply explain why the prices of previous-generation models have dropped sharply.

According to Manh Tuan, the owner of a private shop on Cau Giay street in Hanoi, said iPhone 6S, 6S Plus, 7 and 7 Plus now available in the unofficially distributed market are 100 percent brand new, but are used products.

Therefore, the price decreases are determined by foreign suppliers, not the manufacturer or Vietnamese distributors.

Zing.vn reported that iPhone 5C and iPhone SE can still ‘live well’ in Vietnam with the selling prices of VND1.4 million and VND2.7 million for the 16 GB version.

“iPhoneis the only brand in the world which still can sell products well after six years of presence in the market,” commented Nguyen Hoang Giang, the owner of a mobile phone shop on Nguyen Khang street in Hanoi.