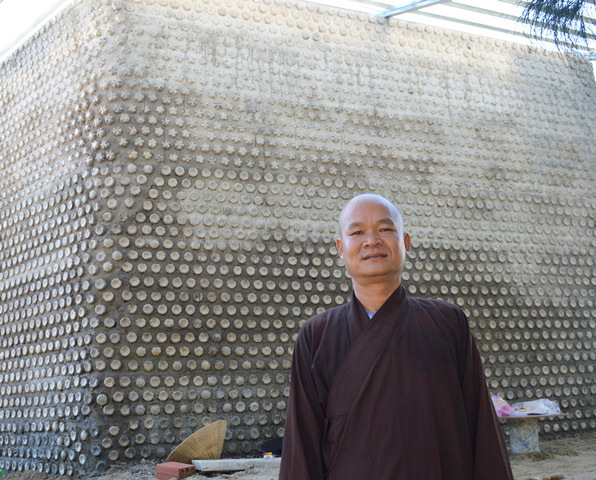 Over two months ago, after noticing the rubbish around Duc Lam Pagoda and the beach in Duc Loi Commune, Monk Thich Hanh Nhan and the local people cleaned up the area and collected over 60,000 plastic bottles. The bottles were brought to the pagoda to be classified, washed and used to build a unique house.

Nhan said he hoped to spread love and awareness about environmental protection through the activity. 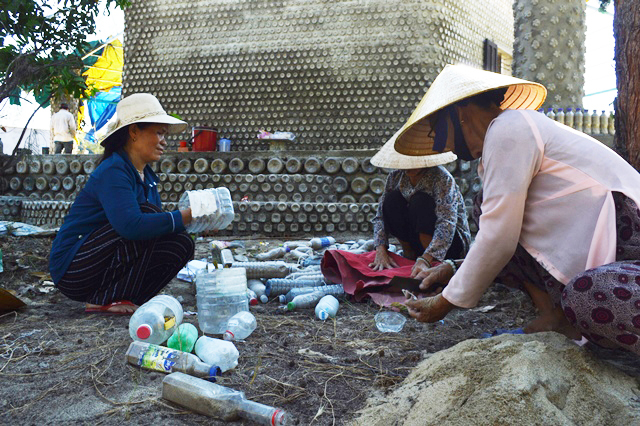 86-year-old Tran Thi Toi in Ky Tan Village said, "We all helped in bottle collecting after hearing the house-building plan in the pagoda. Thanks to it that hundreds of metres of beaches along Duc Loi Commune are much cleaner."

Nguyen Thi Chut said the cost to build this special house is only a third of a regular house. Sand-filled plastic bottles are good insulation material. The 60-square-metre house is near completion with 50,000 plastic bottles used for the walls and 10,000 used for the foundation and flower pots. 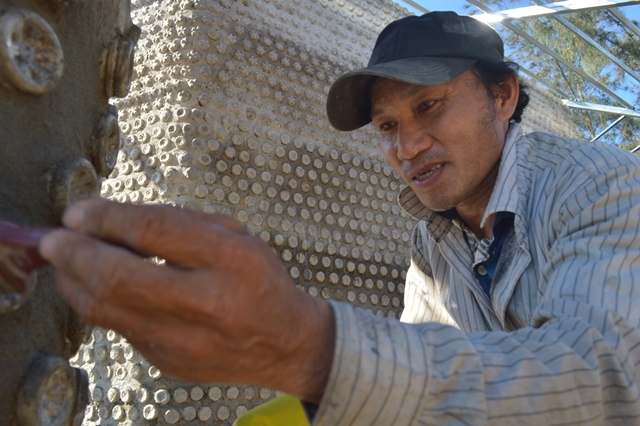 "The most amazing thing is the villagers all support the project," Monk Thich Hanh Nhan said. "This is something that everyone, from old to young, rich to poor can join hands together to do."

According to him, the house will have Buddhist architecture with six walls are symbols for six paramitas, or transcendent perfections. Inside the house, each wall is four metres long symbolising four noble truths. The roof is completed with coconut leaves from the Mekong Delta. 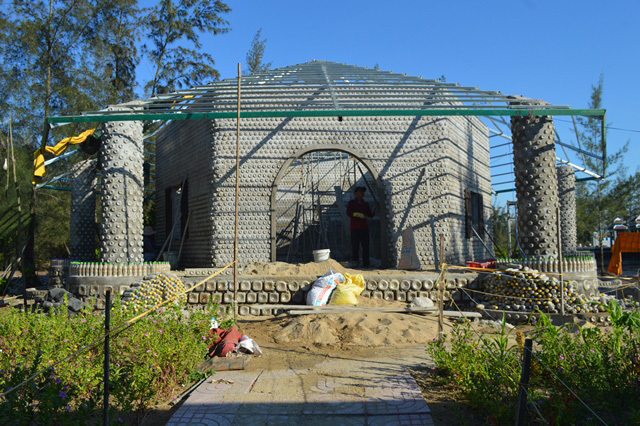 Nguyen Van Hai, a construction worker for the project, said it was more difficult and time-consuming than usual since they had to build the house depended on the shapes and sizes and the number of bottles. The bottle caps became the house's decorations so they must be geometrically in line to ensure the aesthetic.

Vietnam expects to have some 1,000 houses integrated with sustainable energy solutions by the end of this year under an initiative by the Vietnam Coalition for Climate Action (VCCA).