Mud and sand split from an on-going real estate project in the southern central province of Binh Thuan has affected many local households. 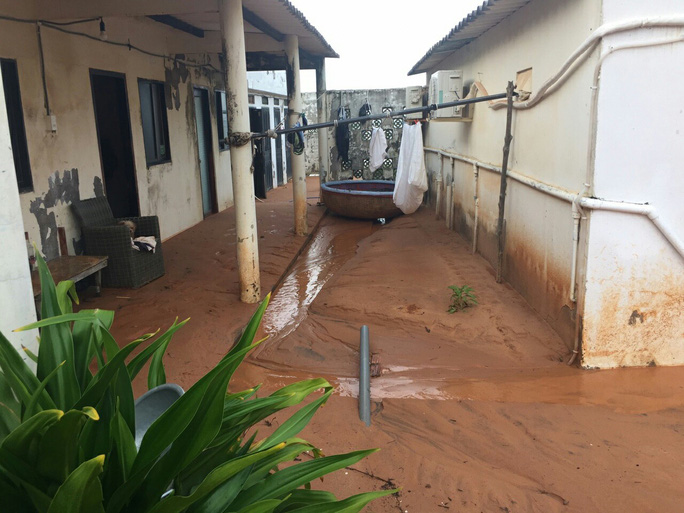 Some sections of the 200-metre road were left nearly 50cm deep under the mud. The spill also resulted in traffic congestion in the area as many vehicles got stuck. The mud even flew into restaurants, guesthouses and households on the street.

Local authorities sent a team to deal with the problem. By early morning Thursday, the mud was mostly cleared. The project representative came to the site and pledged to jointly deal with the consequences.

The representative added that due to site clearance problems, the investor had not yet been able to build a drainage system as designed, so heavy rains had led to the spill.

The investor pledged to build a temporary reservoir to prevent the same possible case in case of downpours.

In November last year, following torrential rains, the coastal road of Phan Thiet-La Gi in Binh Thuan was also covered by a huge amount of sand and mud split from a nearby hill. Dtinews/Nguoi Lao Dong