Reuse and reduction are solutions to plastic waste: scientists

A report showed that plastic waste accounts for 6 percent of urban solid waste in Hue City and 8 percent in Hanoi. The figure is 16 percent in HCM City. 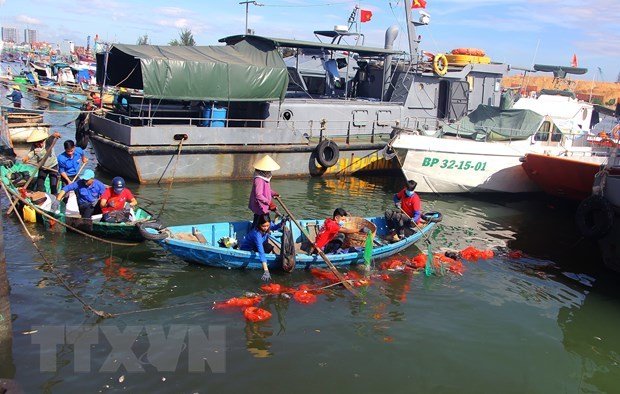 In Cat Hai district, 10 cubic meters of waste were found floating in the bay, 70 percent of which was plastic.

In Da Nang City, 8-10 percent of solid waste collected in 2019 was from plastic bags and bottles. The waste from the service industry in the coastal areas was discharged directly to sand banks and had drifted to the sea durung high tides.

A group of scientists from Hanoi University of Natural University, who conducted a study on plastic waste, recommended four solutions to recycle plastic waste – primary, secondary, third-level and fourth-level.

Primary recycling is the mechanical treatment of plastic pieces with clear history to form products with the same characteristics.

Secondary is the mechanical treatment of used plastics to create products with lower quality than the original products.

Third-level recycling recovers the components of plastics and additives.

Primary recycling is a simple process, but it can be applied only to certain types of plastics that are clean and not contaminated with chemicals. Making new plastic bottles from old bottles is an example.

Secondary recycling relates to the process of collecting, classifying, cleaning, drying, cutting into pieces, and other processing phases, to create finished products.

Third-level recycling, or chemical recycling, is very useful because it is the material circulation process. It helps reduce energy and materials needed for plastics production. However, it is not common because of costs.

The fourth-level recycling is the most effective measure to reduce plastic waste volume. However, the process emits toxic gases and ash.

The primary, secondary and fourth-level recycling measures have been implemented in Vietnam. However, a high level of investment is neededs for tools to control secondary pollution and for legal, economic and communication tasks.

The scientists said Vietnam should encourage the reuse and creation of alternative materials with biological origin and biodegradable capacity.