Experts say Quang Ngai provincial authorities will create difficulties for themselves in achieving heritage conservation if they do not relocate industrial zones out of the Ly Son – Sa Huynh Geopark.

Experts say Quang Ngai provincial authorities will create difficulties for themselves in achieving heritage conservation if they do not relocate industrial zones out of the Ly Son – Sa Huynh Geopark. 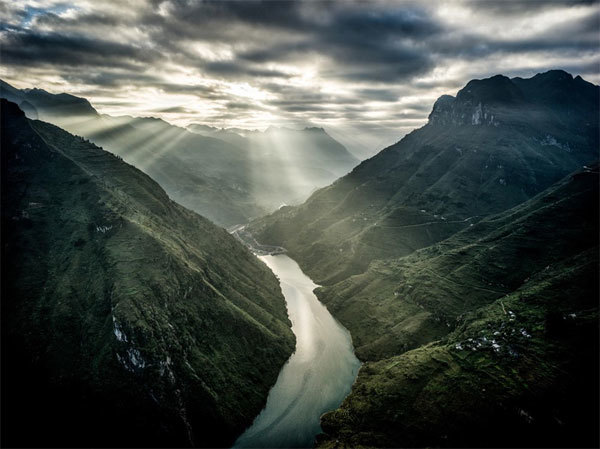 The province’s leaders have once again reassured the public that there is no need to worry about the geopark.

Nguyen Minh Tri, director of the Quang Ngai Department of Culture, Sports and Tourism, said the geopark is a large area containing geological value, social and cultural value, and biodiversity. Protecting the geopark does not mean keeping everything intact and preventing any change.

“The existence of economic and industrial zones in the geopark will help heighten people’s awareness about the protection and conservation of the environment, and won’t harm the geopark,” he said, adding that the industrial zones had taken shape before the local authorities were planning to file for the recognition of the global geopark.

The development of global geoparks must progress towards sustainable development, which is a combination of three factors, economic development (economic growth), social development (social equality, hunger eradication and poverty reduction), and environmental protection (keeping the environment healthy and settling pollution).

The proposal to develop industrial zones within geoparks has been severely criticized by local people.

Nguyen Tran Trong in Quang Ngai said production and business projects in the industrial zones will ‘roughly intervene’ in the geopark and change its terrain and geomorphology, which will make it impossible to protect the heritage.

Global geoparks worldwide all adhere to the intact preservation of the core area. The areas adjacent to the core areas are open for economic and tourism development, especially community and ecotourism, which promote the heritage but also protect the environment.

Dr Nguyen Hoang from the Japan Academy of Science & Technology disagreed with the Quang Ngai provincial authorities, warning that the “great construction site” will damage the geopark.

The economic and industrial zones in Quang Ngai are expanding rapidly, which will create a great deal of construction. The Dung Quat Oil Refinery is expanding in its second development phase, while the Hoa Phat Steel Complex and deep-water ports under construction and other heavy industry projects will harm the geopark.

“I think Quang Ngai has to choose either the development of industries, or the conservation of the geopark. The wrong decision will make it suffer,” Hoang said.

Guy Martini, General Secretary of the Global Geoparks Network, believes that Ly Son - Sa Huynh , to have full potential and heritage value, should file for UNESCO’s recognition as a global park.