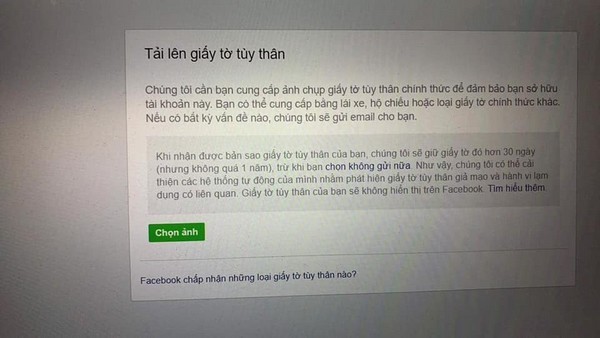 In most cases, users can pass the test through verifying the names of friends, entering codes and sending registered mobile phones, or confirming the log in from strange IP addresses.

Facebook has been tightening control over ads and punishing accounts violating rules with a heavy hand in the presidential election season in the US.

However, Facebook is sometimes fooled, mostly by Via users. Via is a fake account obtained by hacking, with all personal information like that of a real person in a real place.

As Via is getting ‘clever’, capable of operating, chatting, liking and making comments itself, Facebook has had to constantly change its algorithm to detect problems, and it prefers to ‘kill’ wrong accounts.

As a result, Facebook-related service providers are mostly afraid of Facebook scanning accounts en masse, though there are types of Vias which are not afraid of scanning.

These are Vias in the US and Europe which have high reliability, have had many years of use, and are rarely ‘touched’ by Facebook.

Facebook's scanning is verification by checkpoint. When the scanning is implemented, all checkpointed accounts have to perform a series of actions to prove that the users are real. The checkpoints that check friends, phone numbers and IPs are relatively 'easy' for people running Via.

The problem is more serious when Facebook wants to verify their personal papers. Once the checkpoint appears, Via runners will mostly have to give up because they have no way to create personal information coinciding with fake accounts.

Because of the en masse checkpoints, a new 'job' has been created – saving accounts from checkpoint or bypassing checkpoints. When Googling, one can find numerous ads about this kind of service.

ICTnews' comment box also regularly receives invitations to use this service, because there are many articles containing keywords related to Facebook.

However, as this is an ‘underground’ service, Via users have many concerns. They not only fear seeing their avatars/nicknames locked because of checkpoints, but also suffer anxiety that that they may be scammed, after they have paid money, but the Vias then don’t return.

Why are Vietnamese Facebook posts that sell goods being prohibited?

Online sellers on Facebook have complained that they cannot sell their goods.