In early December, many Facebook users received ads about a service – eliminating Facebook accounts – on the social network. 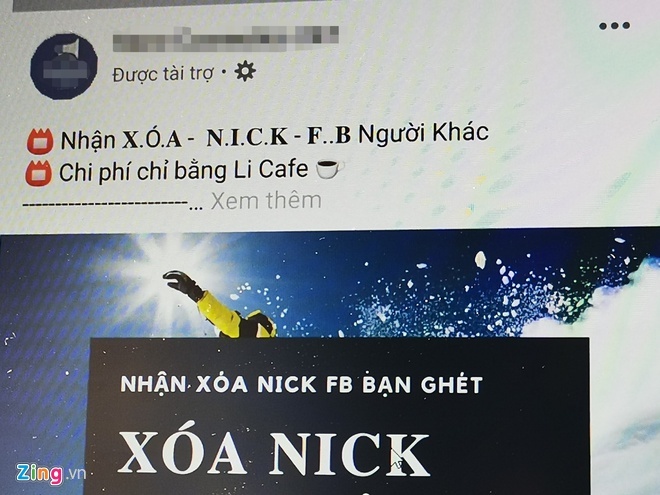 An ad about the service of eliminating Facebook accounts

When reporters contacted the fanpage, they heard that they only had to pay VND300,000-500,000 to eliminate one account.

The service of deleting accounts has long been offered by Facebook service groups. However, the appearance of ads on the social network itself shows flaws in Facebook’s content management.

“The deleting of Facebook accounts is implemented based on loopholes of the social network’s policy. Many Facebook account owners lost their accounts because other people played foul,” said Huu Phuc, a Facebook service provider, adding that the victims are mostly people who sell goods via Facebook and the culprits are their rivals.

There are many methods to ‘kill’ Facebook accounts. One of them is reporting impersonation to a Facebook administrator.

Hackers create an account impersonating the victim and make friends with people in the victim’s friends list. This fake account will have the same name, avatar, cover photo and personal information as the real account.

In other words, they will create an account which is exactly the same as the account of the victim.

In the next step, they submit documents to prove their identity, such as counterfeit identity cards and driving licenses, to legalize the fake account through Facebook’s service support link.

According to M. L. Nhan in Dong Nai province, Facebook service providers have many other methods to obtain the same goal, but all the methods are based on the policy on denouncing impersonation.

“However, everyone has his own way to implement the methods,” Nhan said. “Small tips can lead to big success."

In some cases, they try to befriend the victim. Then they set the account on the position of an administrator of a Facebook page (fanpage). Next, they post images of guns, pedophilia and pornography on the page. With Facebook's censorship policy, the sites and administrators who post such content will see their accounts permanently eliminated because of violations of community standards.

Nguyen Anh Nhuong Tong, president of Yeah1 Group, said that Yeah1 will help local newspapers compete equally with Google and Facebook in terms of revenue if the press agencies cooperate with Appnews Vietnam.

The Ministry of Public Security has issued a warning over scams on Facebook. 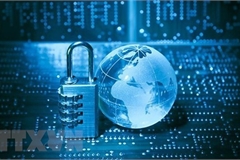 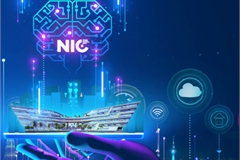 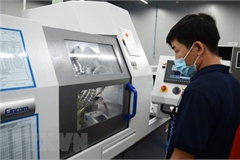