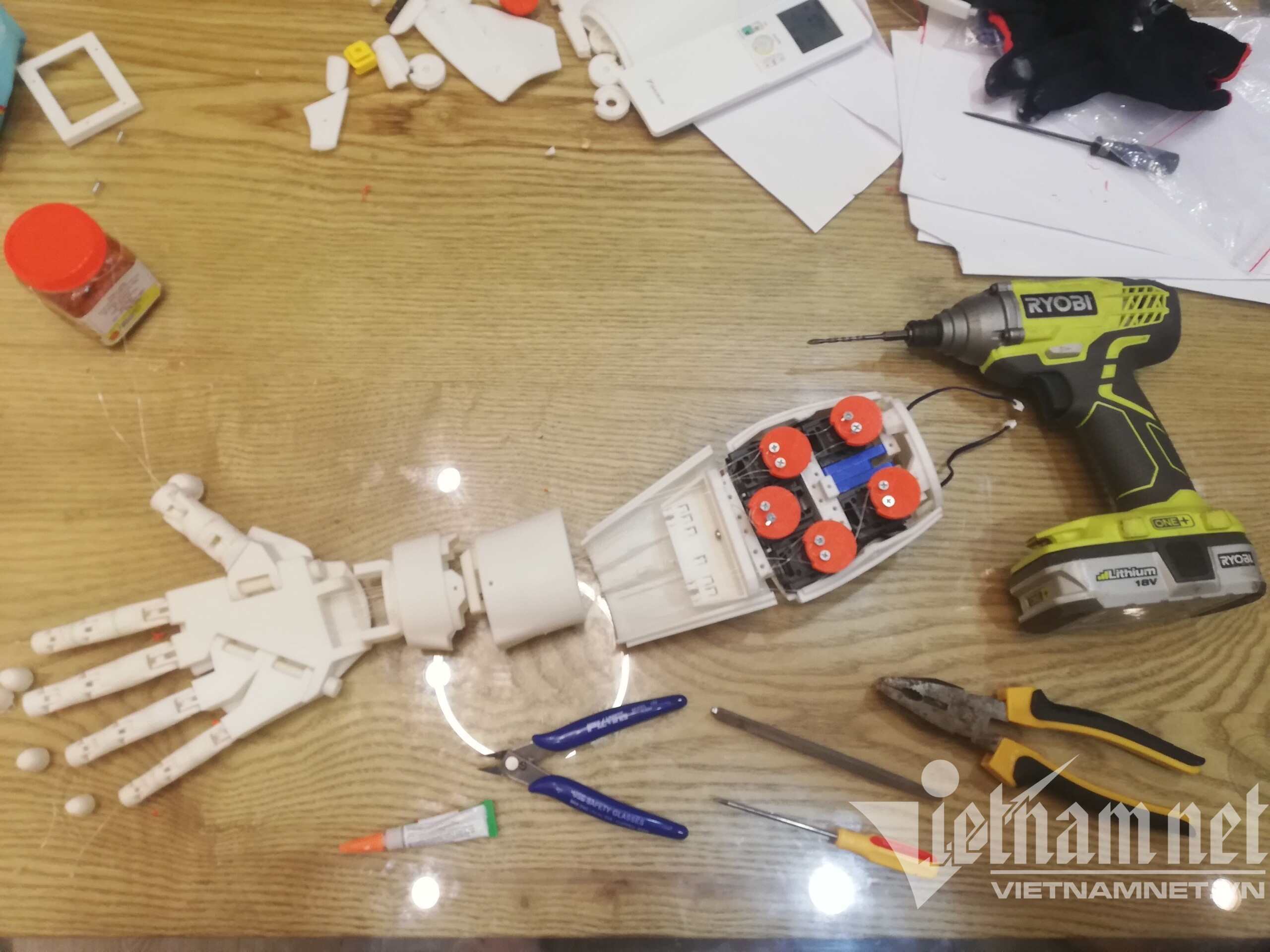 This is the product of Ho Anh Tung and Han Vinh Binh, second-year students at KAIST (South Korea), and Nguyen Kien Anh, a third year student at the Hanoi University of Medicine. All were born in 2000.

The students said they worked on the model in June. Each of them was in charge of some parts of the arm. Kien Anh was in charge of studying the mechanism of finger folding and stretching, while Binh studied how to connect the arm to identify images by coding. Tung focused on learning mechanical details, and how to assemble and combine parts on the arm.

The students adjusted the specifications and written an algorithm to control the robot arm through image recognition.

Because of limited financial capability, the team could not use modern accessories. They assembled the robot arm from simple materials and equipment given by friends.

At first, they made a simulation from plastics to imagine the structure and operation structure. After that, they began adjusting the specifications of the technical drawings before sending it for 3D printing.

Binh, in charge of writing a software program on recognizing and transmitting information, said he referred to the technique of hand image recognition.

However, Binh realized that the algorithm only allowed folding and opening the fingers, and counting when a human raised their hands. He then decided to add command segments in order to make the arm more flexible.

Binh had to consider many other modules, besides the original Bluetooth module, to solve the problem of wireless information transmission.

After one month, the team successfully assembled the robot arm controlled by AI image recognition technology.

According to Tung, many projects on robot arms are controlled by brain wave or sensors.

The model Binh and his teammates made aims to simulate the operation of an arm, which can be used in many fields. The robot arm can become an assistant used in medical system which can be controlled from a distance.

Binh revealed that he is completing the robot arm version that carries out operations after receiving commands via voice. He will also consider the use of brain waves to control robots.

The team still wants to improve the robot arm, and is considering material with high mechanical strength and high erosion resistance.