Warning about the increasingly high amount of plastic waste and the serious environmental consequences, the Ministry of Natural Resources and Environment will propose a tax on plastic packaging to limit production and consumption. 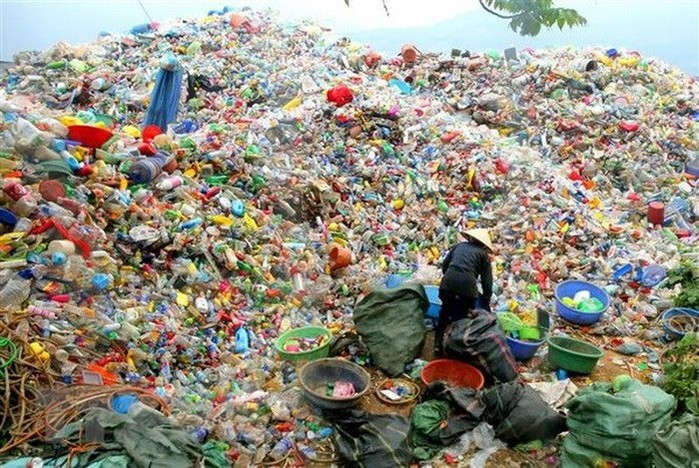 Meanwhile, the collection of plastic waste remains ineffective. The waste is mostly collected and treated at landfills, while and a big amount of waste goes to the sea.

The government has requested MONRE to build solutions to reduce plastic waste.

According to Hoang Van Thuc, deputy general director of the Environment Directorate General, the agency is continuing to improve policies and laws related to plastic waste management.

The amended Environment Protection Law is expected to be submitted by the government to the National Assembly in May 2020 which may be ratified at the end of 2020. MONRE has suggested amending eight provisions of the law, including ones related to plastic waste.

‘MONRE’s viewpoint when amending the law is to make it clearer about prohibited items and sanctions for violations. There will be content about the circular economy,” he said.

“In a circular economy, the things discharged in certain production phases can be input materials in the next phases. This reduces the emissions during the production process,” he said.

The official went on to say that MONRE has proposed to the government to amend Decision No 73 on the list of scrap materials allowed to be imported. As for plastics scrap, Vietnam will only allow importing of high-value products.

MONRE is also going to submit a plan to add plastic packaging to the list of taxable products and raise taxes in order to restrict the production and consumption.

Preferences would be given to the activities of producing and consuming environment friendly products.

Vietnam is listed among the countries with largest amounts of plastic waste affecting the environment.

Chair of the US Chamber of Commerce in Vietnam Virginia Foote said that Vietnam needs a renewable economy to create sustainable development for the private business community.

Lawyer Ha Huy Phong from Inteco Law Firm applauded the plan on raising tax to restrict the production and consumption of materials not friendly to the environment. However, he said it is also necessary to have policies to encourage enterprises to make alternative products.