A new bandwidth war has broken out among the three biggest fixed internet service providers.

Viettel, VNPT and FPT Telecom all have decided to raise bandwidth capacity for customers. On June 1, Viettel’s bandwidth for smallest post-paid service package was lifted to 30 Mbps, while the maximum capacity could be up to hundreds Mbps. Similarly, VNPT Group has doubled the transmission speed for its Internet FiberVNN service. 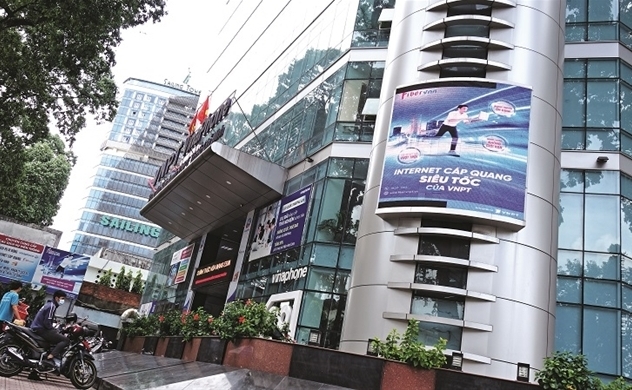 The highest speed that VNPT’s customers can experience is up to 300 Mbps, which can satisfy the demand for internet by big families, large-scale companies and households doing business online. It is especially effective for video conferences or events with a high number of participants.

VNPT reported that it has 5.2 million active broadband internet subscribers, including 5 million FiberVNN subscribers, an increase of 27 percent over 2017.

Viettel triggered the bandwidth war and then VNPT responded. Both Viettel and VNPT have not set higher service fees despite increased bandwidth capacity.

Analysts say increasing the internet transmission service speed must be the top priority for service providers to add Vietnam to the list of the 10 leading countries in Asia in internet quality.

According to SpeedTest, Vietnam ranks 72nd in the world’s fixed internet speed ranking, and in order to upgrade the ranking, its telcos need to lift the bandwidth.

Vietnam’s average internet connection speed is 6.7 Mbps, according to M-Lab of Google.

If telcos can expand the bandwidth to 20 Mbps at minimum, the internet connection capability will increase by 4-5 times and exceed the world’s average rate (9.1 Mbps).

However, the rate is still very modest compared with developed countries, such as Singapore (60 Mbps), Sweden (46 Mbps) and Denmark (43 Mbps).

The bandwidth expansion is also part of the country’s efforts for digital transformation. Five years ago, the Internet penetration rate was 25 percent in Southeast Asia, while the current figure is 63 percent, which means that 415 million Southeast Asian people access the Internet. However, the proportion is still lower than the 90 percent in the US and Europe.

In 2018, Google and Temasek estimated that the internet economy of the region would triple by 2025 to $240 billion from 472 billion. It is expected that by 2025, the gross trade value of Vietnam’s internet value would reach 433 billion.

By May, Viettel had become the telco with the largest connection infrastructure system, with 350,000 kilometers of optical fiber cable and six international routes connecting directly to the largest global internet hubs.

The telecom network is expecting to receive more mobile network operators, but analysts say the existing networks are ‘more than enough’ for Vietnam.

The pilot of 5G technology is planned to be carried out in 2019 in Vietnam so that in 2020, the country will become one of the first in the world to formally offer this service.