The financial bottleneck of green credit in Vietnam

Domestic credit sources can only satisfy one-ninth of the total capital demand for renewable energy projects, which are becoming more popular in Vietnam. 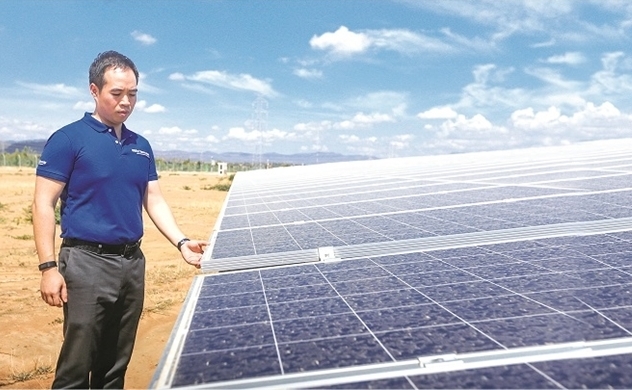 However, according to IFC, it’s not easy seek green funding in Vietnam and domestic sources can provide only a small amount.

However, renewable power developers want preferential interest rates because they have to make heavy investments in technology and environmentally-friendly projects.

Scrieven found that small-scale project developers cannot negotiate with the Electricity of Vietnam (EVN), the only electricity wholesale buyer.

In contracts on selling electricity to EVN, a provision says EVN has the right to terminate the contract and is not responsible for compensating electricity generators.

In an UNDP study, potential investors and project developers also point out uncertainties regarding the tariff structure and low credit levels of power purchase contracts, considering them the main obstacles in securing funding for renewable energy projects in Vietnam.

An international expert commented that domestic banks are not worrying about legal risks, but they care more about technical risks, or the optimization of power plants’ capacity. But international credit institutions do not.

He believes that banks can try funding green projects and join the renewable power sector, which has a high growth rate.

Renewable energy is just a small part of climate-related projects in Vietnam. IFC predicted that the total capital of the projects of this kind may be up to $753 billion from now to 2030, of which $59 billion will be for renewable power, and $80 billion for green projects.

Experts also mentioned green bonds as a good way of funding sustainable development projects. Kalina B. Miller from Financial Institution Group said 1.5 years ago, when she arrived in Vietnam, people did not understand what green bonds were.

Tran Thi Hong's bio-tech start-up business in the central city of Da Nang can recycle about 100 tonnes of household organic waste into safe dishwashing liquid for sale each day.