“The medicinal plants on this mountain will be different from the ones growing on the other mountain, though they are both of the same species. You have to pick plants exactly at these hours, because the plants won’t have the substances you need if you pick them at other hours,” said Tran Van On, the San Chay scientist. 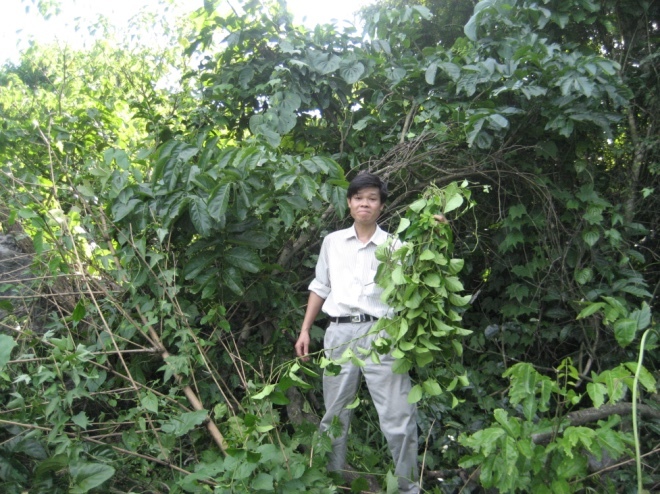 On has had a strong attachment to the forests and mountains since his childhood. He liked to climb trees and pick up plants in the forests. He also loved learning about medicinal herbs.

His grandfather was a famous healer in the region, while his sister also studied medicine. On was curious about the scientific words in her books and decided to apply for pharmacy school.

The paper informing that On had passed the entrance exam to Hanoi University of Pharmacy paved the way for On to become a scientist in herbal medicine.

At university, On became a beloved student of leading professors and doctors in the field of botany of the University of Pharmacy, Prof Dr Tran Quang Thanh and Prof Vu Van Chuyen. After graduating from the university, On grabbed every opportunity to study botany in Malaysia and the Philippines, because he thecknowledge he received from school would not be enough.

Later, when he became head of botany division of the Hanoi University of Pharmacy, On participated in a series of scientific research projects including ones preserving gene sources of medicinal plants in Ba Vi National Park; and strengthening scientific basis for conservation work on agricultural biodiversity farms in Vietnam.

He is the author of hundreds of articles and scientific research works on national and international journals. Seeing the wealth of medicinal resources, he aims to turn Vietnam into a world’s herbal medicine garden.

With his backpack, On has been to many areas of the country, from the northern, central to southern regions and coastal provinces. He has discovered day thia canh (Gymnema sylvestre), which is called the ‘nemesis’ of diabetes. In 2008, a scientific research work at ministerial level carried out by On and co-workers could prove the functions of day thia canh.

Following his discovery, day thia canh was into production to create Diabetna, a tablet that helps treat diabetes, which is in medicine cabinets of many Vietnamese families.

Many countries, including Japan, once showed interest in Vietnam’s rare earth materials.