When Vietnamese smartphone brands in the pasthad to leave the market, analysts said the deaths of the brands had been anticipated. 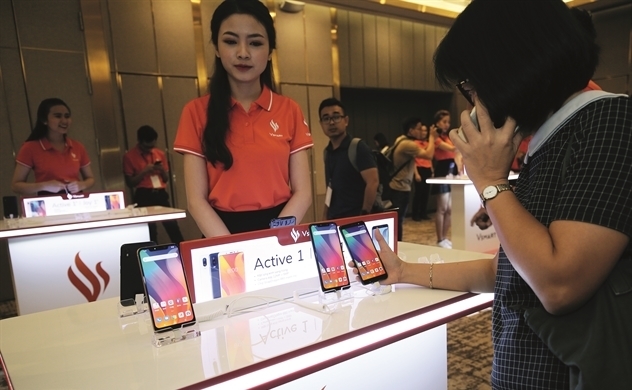 The smartphone market had entered the saturation period and sales were growing very slowly. Meanwhile, they had to compete with a lot of giants, from Samsung, Apple and Nokia to Chinese manufacturers whose products are surprisingly cheap.

In such conditions, the existence of Vsmart and BKAV are believed to be ‘a miracle’.

Vsmart unexpectedly added its name to the top 3 brands with 16.7 percent of market share after 15 months of debut.

It is the success of Vsmart which has madr people change their view about the abilities of Vietnamese brands.

Vsmart smartphones have very strong configuration. With just VND3 million, people can own a smartphone with fashionable design, Snapdragon 675, AMOLED screen with high resolution level Full HD+, and integrated fingerprint security – the features that are equipped for high-end models priced at tens of millions of dong.

Analysts commented that what makes the success for Vsmart is its business strategy which focuses on the mass market segment with the products priced at VND1-3 million.

As for BPhone, Nguyen Tu Quang, CEO of BKAV Corporation, admitted that the company is taking loss with BPhone, but stated that BKAV will still be persistent with the strategy on developing the company into ‘Apple or Samsung of Vietnam’.

BKAV, which is preparing for the launch of the fourth generation of BPhone, seems to target the mid-end market segment, rather than the high-end segment as it initially did.

The segment, accounting for 20 percent of the total mobile phone market, has been controlled by Samsung, Oppo and Apple.

According to GfK, in the first seven months of 2019, 99 percent of consumers who bought smartphones priced at over VND15 million chose products of Samsung or Apple.

In 2019, Vietnamese bought 15 million smartphone products, of which high-end products priced at over VND10 million accounted for less than 10 percent.

They have every reason to focus on low-cost smartphone products as the government has announced the program on popularizing smartphones to 100 percent of the population.

Under the program, mobile network operators, app developers and phone manufacturers will join forces to lower some smartphone prices to $20, or VND500,000.