HCMC authorities have asked city residents to fill in water wells because underground water overexploitation is believed to be the cause of flooding and subsidence.

According to Huynh Thanh Nha from the HCMC Department of Natural Resources and the Environment, the overexploitation has led to a decline in underground water and has changed geological structure. 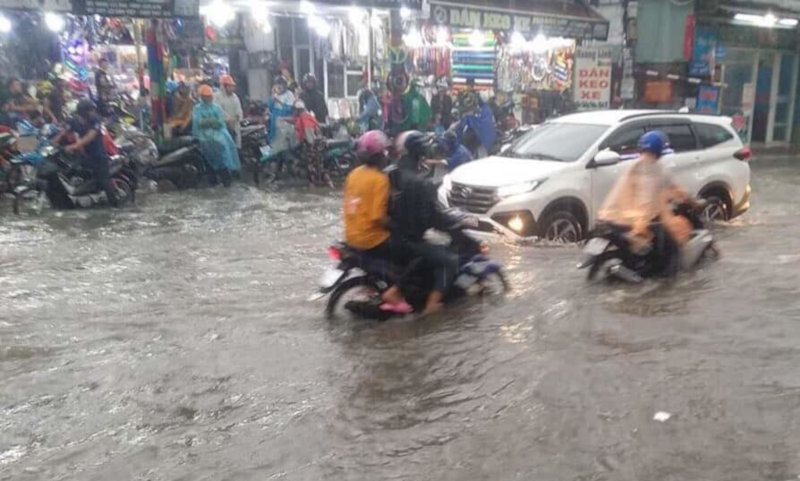 There are about 100,000 water wells drilled by households and production enterprises to exploit underground water.

Sawaco reported that there are 1.46 million water meters in the city, of which 124,500 meters show the consumption level of 0 cubic meters, which means that people are not using water provided by the company.

The uncontrolled exploitation of underground water has caused serious consequences. According to MONRE, the subsidence rate in HCMC is very high, 4 centimeters per annum on average and 6.7 centimeters in some areas.

The subsidence is attributed to construction works on soft ground, traffic activities, and the overexploitation of underground water.

In An Lac ward of Binh Tan district, the subsidence rate is up to 81.4 centimeters, the highest rate in the southern region. The Nguyen Huu Canh road subsided just one year after it was put into operation.

The municipal authorities have spent a lot of money to fix the problem, but no considerable improvement has been made and the road will is flooded when it rains heavily.

The districts of Binh Chanh, Nha Be, 7 and Binh Thanh have also been named as areas with high subsidence rates. The ground is very soft in Phu Dinh area in district 8, so minor impact from construction works is enough to cause subsidence and cracks to houses.

Regarding water quality, according to the HCMC Healthcare Center, which tested 149 water samples, 72 percent of samples meet standards in physical chemistry and microbiological criteria.

HCMC authorities have called on residents to fill in the wells they drilled to reduce underground exploitation, while they have committed to provide clean tap water to households.

According to Nguyen Van Dang, director of Gia Dinh Water Supply JSC, there are 17,000 water wells in the districts 3, Binh Thanh, Phu Nhuan and Go Vap. In 2019, the company persuades 2,000 households to fill in their wells, while the figure would be 3,000 the next year. It costs VND1.2 million to fill in a well.

Underground water must be used rationally

Trieu Duc Huy, deputy director general of the National Centre for Water Resources Planning and Surveys speaks to the newspaper Youth on the need to preserve underground water resources in major urban areas throughout the country.

The Da Nang Water Supply Company (Dawaco) on August 26 proposed the building of dams to prevent salinity and store fresh water in Cau Do River’s lowerstream as an urgent responding measure.