187 bears are being looked after in a 12ha land inside Tam Dao National Park, Vinh Phuc Province. This is the first bear rescue centre in Vietnam that meets national standards. Nearly 100 local people are employed to take care of the bears with foreign experts. 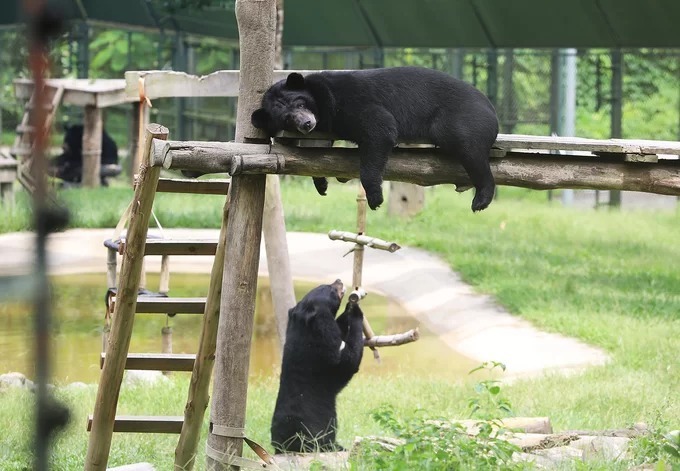 Nearly 30,000 square metres is a semi-wild outdoor area for the bears. The resting areas and pool and garden are designed to help the bears restore their instincts. There is a separated area for orphaned bear cubs. The bears in the centre were brought from various areas such as Ben Tre, Lai Chau and Son La provinces. The centre also received bears seized from smuggling and poaching cases.

The food is often hung high on the trees and poles to encourage the bears to exercise and rediscover their hunting instincts. The bears eat various kinds of fruits and vegetables but the favourites are oats, iced honey, and dried fruits with yoghurt.

Tuan Bendixsen, director of the centre, said, "All of the adult bears in Vietnam that we have met suffer from mild to serious illnesses due to bear bile farming. The centre also helps raise public awareness about the illegal bear bile trade, hoping to reduce the use of bear bile in the future."

The centre is raising Asian black bears and sun bears. A male adult Asian black bear can weigh up to 200kg and lives for 25 years. The sun bears are often kept as pets at resorts and restaurants. Sometimes they are also farmed for bile.

The centre's employees stay at the observation tower to monitor the record the bears' activities and behaviour. "Life is hard sometimes but then when I see the bears playing and chasing each other, I feel much better," Diem said.

The centre's clinic is equipped with modern machines and ran by Heidi Quine, an Australian expert who has worked to protect the bears and with the Animals Asia for nine years.

Even though the centre isn't open for visitors, there are observation tours for children held twice a month. "We have organised public education programmes and conferences about bears protection as well as environmental protection in general for the students at schools and universities," Tuan Bendixsen said.

He went on to say that they are researching and raising herbs to replace the use of bear bile.

Vietnam to honour contributors to wildlife conservation during 2010-2020

Vietnam has  incorporated a new section into its updated Nationally Determined Contribution under the UN Framework Convention on Climate Change (UNFCCC) to emphasize the socio-economic co-benefits of climate action for the country. 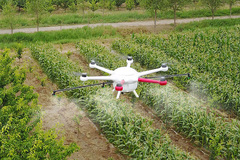