Professor Pham Hoang Hiep of the Institute of Mathematics received the 2019 Ramanujan Prize for Young Mathematicians from Developing Countries on October 23, an award given by the International Centre for Theoretical Physics (ICTP). 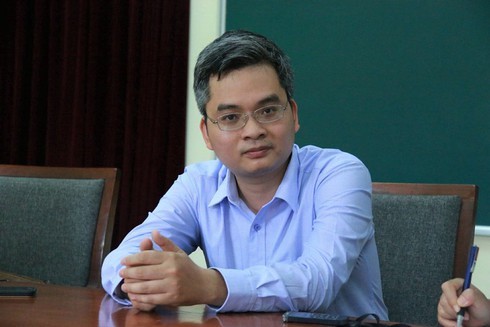 According to the ICTP, the prize has been given in recognition of Prof. Hiep’s outstanding contributions in the field of complex analysis, in particular to pluripotential theory. In this, he successfully obtained an important result relating to the singularities of plurisubharmonic functions, complex Monge-Ampère equations, and log canonical thresholds, which all have important applications in terms of algebraic and complex Kähler geometry.

The prize also recognises Prof. Hiep's important organisational role in the advancement of mathematics in Vietnam.

At present, Prof. Hiep is currently teaching and researching mathematics at the Institute of Mathematics, the Vietnam Academy of Science and Technology, and the Hanoi National University of Education.

The Ramanujan Prize is an annual award which is co-organised by the ICTP, the Department of Science and Technology under the Government of India, and the International Mathematical Union.

The prestigious award is presented annually to researchers from developing nations who are younger than 45 years of age and have been conducting outstanding research in their respective country. VOV

Scientists of the Genome Research Institute under the Vietnam Academy of Science and Technology are contributing to the accurate diagnosis of five rare diseases by using next-generation gene sequencing technology.