Vietnamese Professor, Dr. Pham Hoang Hiep has been awarded with the 2019 Ramanujan Prize for Young Mathematicians from Developing Countries by the Abdus Salam International Centre for Theoretical Physics (ICTP).

Dr. Hiep, from the Institute of Mathematics under the Hanoi-based Vietnam Academy of Science and Technology, received the award at the ICTP’s headquarters in Trieste, Italy, on December 10.

The prize was awarded in recognition of the 37-year-old professor’s outstanding contributions to the field of complex analysis, and in particular to pluripotential theory, where he obtained an important result on the singularities of plurisubharmonic functions, as well as solving complex Monge-Ampère equations and log canonical thresholds, which have important applications in algebraic and complex Kahler geometry.

It is also in recognition of Dr. Hiep’s important organisational role in the advancement of mathematics in Vietnam.

He has been teaching and researching mathematics at the Institute of Mathematics (under the Vietnam Academy of Science and Technology) and the Hanoi National University of Education for about 15 years.

In 2017, Hiep was the youngest Vietnamese scientist to be ordained with the title of Professor. He has published 40 articles in international math journals and is also the first Vietnam-based mathematician to have an article published in Acta Mathematica, one of the most prestigious mathematics research journals in the world.

At the award ceremony, Dr. Hiep also delivered a presentation on singularities of plurisubharmonic functions in complex analysis and geometry.

Named after famous Indian mathematician Srinivasa Ramanujan (1887-1920), the prize has been awarded annually since 2005 to mathematicians under 45 who have conducted outstanding research in developing countries.

Researchers working in any branch of the mathematical sciences are eligible for the award, which aims to strengthen science in developing countries.

The prize is administered jointly by the Department of Science and Technology of the Government of India in collaboration with ICTP and the International Mathematical Union. The selection committee is formed by members of all three institutions.

As of 2019, there have been 15 mathematicians who have received the Ramanujan Prize, worth US$15,000. Nhan Dan

Scientist Mai Thi Ngan from Vietnam’s National University of Agriculture was presented with the Japan International Award for Young Agricultural Researchers at a ceremony in Ibaraki prefecture on November 26. 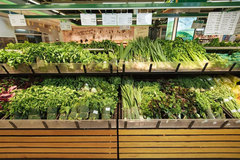 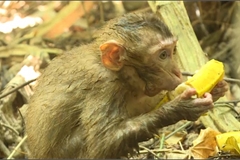 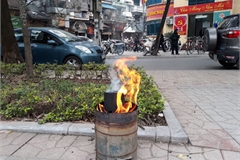