On April 6, Prof Nong Van Hai from the Institute of Genome Research (IGR) said that of 3,443 sequences of the SARS-CoV-2 virus genome which have been registered with GISAID, eight genome sequences were registered by Vietnam, with six from the Central Institute of Hygiene and Epidemiology and two from the Pasteur Institute HCM City. 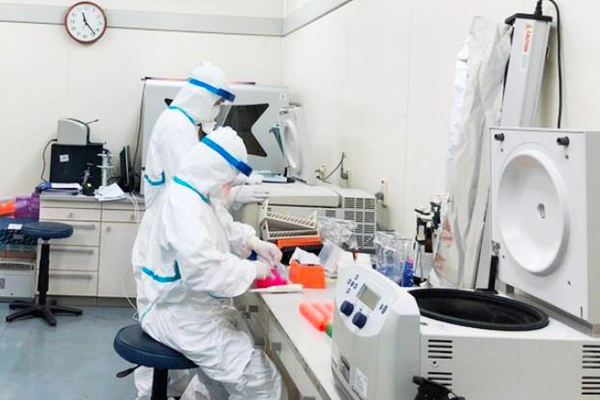 GISAID is a familiar name to influenza virus researchers: it is a database built with international sources sharing data about viruses, with the highest speed in the world. On April 6, only 3,443 virus genome sequences were shared, but the figure soared to 4,896 on April 8.

As a public–private partnership between the German government and Friends of GISAID, a nonprofit organization, the database provides the right to access all gene sequencing data about influenza viruses and related clinical and epidemiological issues.

It was opened when researchers found the danger caused by H5N1 influenza virus which spreads from poultry to humans.

According to Truong Nam Hai, a genetic and bioinformatics researcher at the Institute of Biotechnology, the genome of SARS-CoV-2 virus is not too complicated in comparison with human genome and there are no more than 30,000 base nucleotides.

However, scientists' knowledge about the virus remains modest.

The findings about the novel coronavirus genome show the importance of the databases such as GISAID, where the results of the world's first viral gene sequencing by Chinese researchers have been published, which have served as a reference for subsequent results.

Like the human genome, the information about SARS-CoV-2 virus lies in its own genome.

A genome the genetic material of a living organism, is like an essential record book, which contains necessary information about that organism.

Of the eight genome sequences registered by Vietnam as of April 8, five have been implemented by the research team headed by Associate Prof Dr Le Thi Quynh Mai, deputy director of the Central Institute of Hygiene and Epidemiology.

It is one of the leading research centers in Vietnam on influenza viruses, according to Truong Nam Hai.

Meanwhile, some researchers said that with its capability, the number of genome sequences shared on GISAID by Vietnam could be higher. According to Do Tan Khang from Can Tho University, Vietnam has no fewer than 40 next-generation gene sequencing machines at state-owned and private facilities.

Who is the producer of Vietnam’s coronavirus test kits?

On its official website, Viet A Technologies JSC describes itself as a pioneer in disseminating hi-tech tests in the health sector.