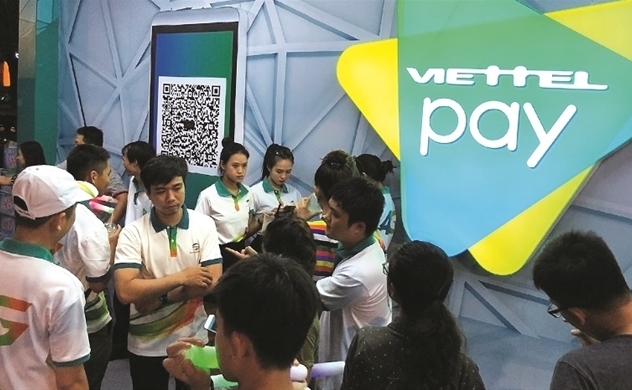 People can use mobile phone accounts to transfer money and make payments for small-value goods. The service will be provided by mobile network operators in the time to come, called Mobile Money.

Money transfer and payment for goods and services can also implemented with e-wallets. However, e-wallet and Mobile Money, by nature, are different. E-wallet users have to link with bank accounts, and transactions go through the accounts. Meanwhile, with Mobile Money, one needs to link with only a mobile phone number.

Nguyen Duc Trung, director of the Telecommunication Agency, said the transactions of this kind are only provided to those who still don’t have bank accounts. The transactions are made via mobile devices and nearly all traditional services are available, from money transfer and payments to cash stores.

The concept of mobile money has been introduced to the public, but this is not new. The model is popular in countries with less developed financial infrastructure, high population, low income and demand for remitting money to home villages.

According to MIC, about 90 countries in the world run Mobile Money with 866 million accounts, 272 businesses and $1.3 billion each day.

In Vietnam, the number of Mobile Money accounts in 2018 increased by 20 percent, while the average transaction value was $200a month per account.

Management agencies hope the service will allow more people to access official financial transactions thanks to the large coverage of the services reaching remote areas. The service will also be useful to people who cannot meet the requirements to open bank accounts.

To date, only 40 percent of Vietnamese have bank accounts. However there are 130 million mobile subscribers.

According to Pham Tien Dung, director of the Payment Department of the State Bank, Vietnam still doesn’t have a legal framework on this, while issues related to transaction authentication and security risks need to be clarified.

Analysts say that Mobile Money is a golden opportunity for telecom service providers to jump into the payment service sector and other related ‘gold mines’.

In the past, mobile network operators once provided financial transactions via SMS, but the service still required a link with a bank account.

Besides Mobile Money, network operators are developing e-wallets. Viettel has ViettelPay, while VNPT has VNPT Pay.

Vietnam spent 1.1 billion USD importing mobile phones and spare parts in May, up 36.2 percent from the same period last year, according to the Ministry of Industry and Trade.