Anh was well known in the scientific research circle before he got the title. He invented the first unmanned aerial vehicles (UAV) in Vietnam when he was a university student and had the airplane work made public in early 2019. 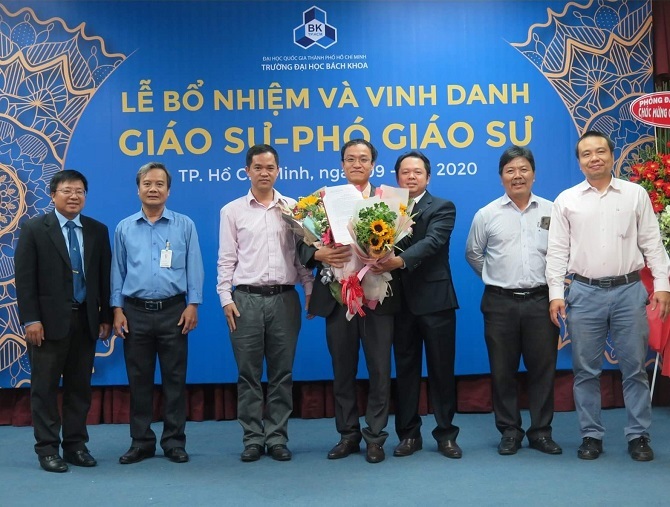 NOBA ROBOTICS AQ 10 was developed by Anh and his co-workers who are students and engineers. It weighs 25 kilograms and can operate for 15-20 minutes at the speed of 0-10 meters per second.

If used to spray pesticides, it can cover one hectare within 10 minutes, or 50 times faster than manual spraying. The machine can carry 10 kilograms of pesticides or fertilizers.

The spraying system can control the size of spray particles and intensity in real time.

The radar system and sensors allow the drone to sense and detect obstacles. It flies automatically in accordance with set itineraries, and can operate both in daytime and at night.

When the pesticide runs out, it will automatically return for recharging and continue the spraying. Thanks to the smart control unit, the machine can operate even in severe weather conditions.

According to Anh, one drone has the capacity equal to that of 28 workers.

One drone, carrying a 10 liter pesticide tank, needs 10-15 minutes to spray one hectare of fields, while one worker needs seven hours to fulfill this work.

With the super-economical misting regime, the drone can help save up to 90 percent of water and 30 percent of pesticides.

Anh said that after obtaining a master’s degree and doctorate in South Korea, he decided to return to Vietnam to create personal airplanes which can be flown by anyone to help ease traffic congestion, but he later changed his plan because he realized that pesticide spraying drones are needed in agricultural production.

By 2019, Anh and his co-workers had produced three drones. NOBA ROBOTICS AQ10 is the second version with a lot of improvements, used to help farmers spray pesticides.

The first version of the machine was transferred to Dak Lak province. Meanwhile, the third one will be used to sow seeds for afforestation.

Research universities have been compared to ‘storm troops’ that lead the way in carrying out scientific research. However, they have not received appropriate preferences from the government.