Giving up a doctoral degree at Paris Sud University in France, Le Cong Thanh set up a business which collects 14 billion data records and scans 40 million bits of information a day.

Le Cong Thanh is the CEO of InfoRe Technology, which he founded after returning from France in 2009. 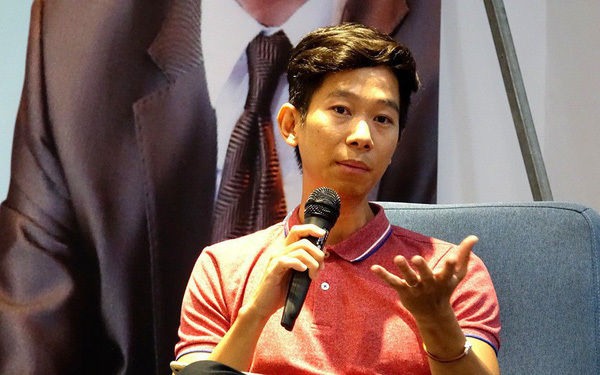 In 2010, Thanh and friends built SMCC (Social Media Command Center), a semantics analysis system and social network interaction management. The system is being used by many businesses, including BIDV and the Vietnam National Administration of Tourism (VNAT).

SMCC is one of the major systems that InfoRe is using. The system analyses information on social networks and is fully functional as a SaaS (software as a service). It uses modern deep learning techniques to process documents in the Vietnamese language.

InfoRe is a firm specializing in utilizing AI to process big data. Established in 2012, the enterprise is running about 30 different AI projects to process different types of data.

In the last five years, InfoRe has collected 14 billion data records with information in many fields, from tourism, culture, arts, entertainment to healthcare and agriculture.

“We start up with the exploitation of information on social networks, the things that people post every day on mass media, especially on Facebook in Vietnam,” Thanh said.

Every day, SMCC scans 40 million bits of information on internet in Vietnam, 95 percent of which is from social networks.

Large companies can use SMCC in their marketing, PR works, in brand and crisis management, and customer care, while state agencies can use the system in administration work and national defence.

“We try to divide information sources into different fields. We want to apply AI to all the business fields that Vietnam needs to develop,” he said.

Exploiting valuable information from the content collected from different sources, the CEO of InfoRe said InfoRe doesn’t trade information and materials. They are just what his company does for branding.

Thanh commented that data is considered the ‘blood’ of the economy.

The Vietnam National University-Ho Chi Minh City has been named among the top 301 to 500 universities of QS Graduate Employability Rankings 2020, becoming the only university of Vietnam selected for this.