Police in Vietnam’s Mong Cai city said on August 23 they have detained a group of 11 Chinese citizens accused of organizing online gambling. Ten of the detainees had illegally entered Vietnam.

Tipped off by local people, the police on August 21 raided a house in Hai Yen ward, Mong Cai city, and caught red handed a group of 11 Chinese nationals gambling and organizing gambling on Chinese sites. 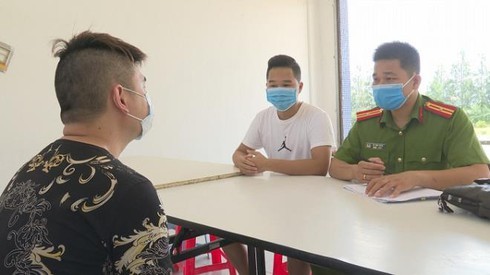 According to preliminary investigations, these Chinese nationals had contacted a local resident in Mong Cai city to rent a house where they installed equipment for gambling and organizing gambling on Chinese sites.

The police contacted their counterparts in China’s Dongxiang city and found that the group are wanted by the Dongxiang police for the act of organizing online gambling.

After completing necessary procedures, the police handed over the detainees along with seized objects to the Dongxiang police late August 22 to handle under a crime prevention cooperation agreement between the two sides.

Macau has taken its first steps on the road to recovery as the casino capital starts issuing tourist visas again.

Police operating in Da Nang successfully broke up an online football gambling ring on July 15 with the group worth US$32 million, equivalent to VND700 billion, all of which had been made from their crimes.