The Ministry of Health announced 4,045 new infections of COVID-19, on October 24, along with 53 COVID-19 related deaths. 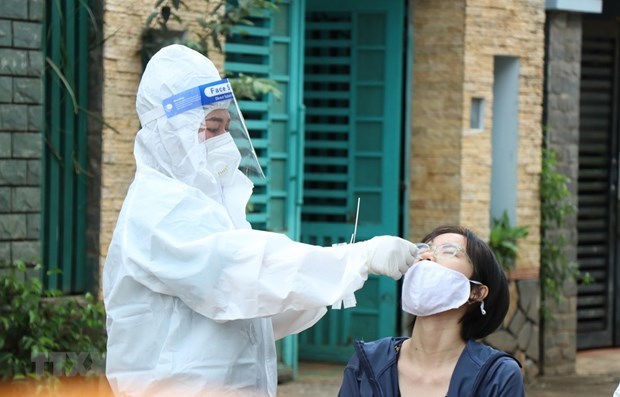 Among these new cases, 17 were imported and 4,028 were local transmissions. Of these, 1,599 were detected in the community.

The national tally now stands at 888,940, of which 884,177 are the result of the fourth wave of infections that swept the country since late April.

Ho Chi Minh City remained the locality with the highest number of infections of 966, an increase of 217 cases compared to the previous day’s figure. It was followed by Binh Duong province with 524 cases and Dong Nai province with 429. The capital city of Hanoi recorded 14 new cases in the past 24 hours.

According to the Ministry of Health’s report, 2,899 patients nationwide are in serious condition, with 19 on life support (ECMO).

Almost 936.74 million vaccine doses were administered in Vietnam on October 23. The country has now inoculated more than 72.9 million doses of vaccine to date, with over 21 million people fully vaccinated.

A batch of 500,000 doses of the AstraZeneca COVID-19 vaccine donated by the Japanese Government arrived at Tan Son Nhat International Airport in Ho Chi Minh City on October 23.