An Giang family keeps corpse at home for 50 years

A family in the southern province of An Giang has kept the body of a member who died 50 years ago at home. 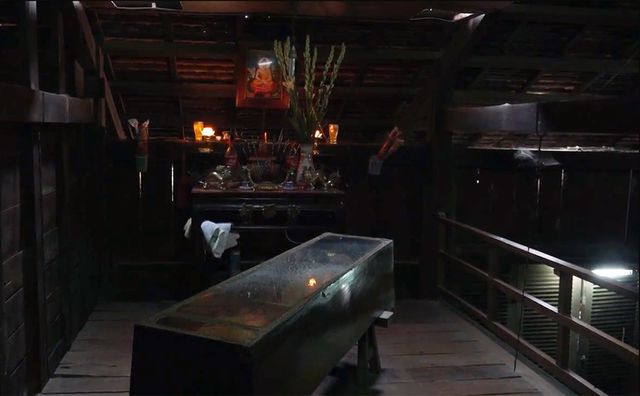 Hao's body has been kept at his family for 50 years

Dinh Cong Hao, who was born in a family of the four children, died in 1968 at the age of 17 due to a strange disease which caused him to lose appetite and suffer from a lack of sleep. He died after seven years battling the disease despite the family’s efforts to save him.

Hao’s sister-in-law named Nguyet said that Hao was buried behind his house. However, after that, his father used to dream of him who cried for help, saying that “Dad, please take me out of the coffin. I am still alive”. So, the father informed local authorities of the case and they allowed the family to excavate the tomb after four days.

Surprisingly, the body had not decomposed.

“At that time, Hao’s skin remained ruddy as if he was sleeping,” Nguyet said. 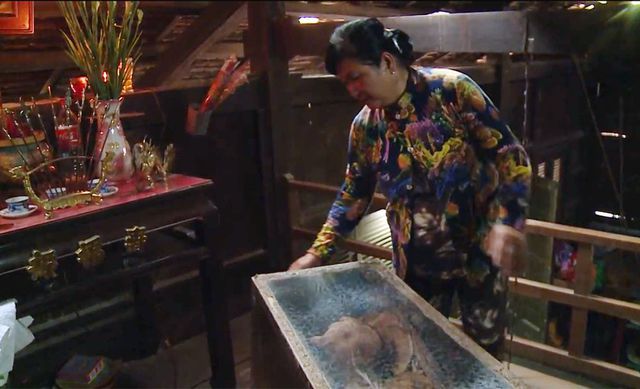 The body has just become dry, and not decomposed

Doctors then pricked the corpse with a needle and bleeding still occurred.

The family decided to keep his body at home. The coffin has a layer of glass, so the family members can still see him every day.

Some years later, the glass became cloudy, so Hao’s father made two holes in the coffin. Initially, the family members were afraid it was unhygienic, but there were no ill effects.

Over the past five decades, the body has just become dry, and not decomposed. According to the family, they do not use any chemicals for preservation.

Many scientists have come to see the corpse for the research, but no one has explained the strange phenomenon.

Every day, the family members still burn incense and clean the room where the body rests.