The 43-year-old pilot, who was named by the Scottish Daily Mail as Stephen Cameron, was connected to the Buddha Bar coronavirus cluster in Ho Chi Minh City's district 2.

He was previously declared treated of the coronavirus on May 21 following many negative tests, but the disease has devastated his immune system and resulted in multiple organ failures.

His coughing has improved and he can move his fingers and toes, although breathing and limb weakness remain issues.

Cameron is no longer on kidney dialysis, however.

His lung functions have improved quite a bit compared to the worst moments during his treatment for the virus at the HCM City Hospital for Tropical Diseases, where he has been treated for COVID-19 since he was confirmed to be infected, but these improvements are not enough, doctors said.

Linh said in two days, the Cho Ray Hospital will hold consultations with the treatment sub-committee of the National Steering Committee for COVID-19 Control and Prevention to determine if it is okay to wean him off of extracorporeal membrane oxygenation (ECMO) or stop the treatment altogether.

British Consul General in HCM City Ian Gibbons on May 21 sent a letter to HCM City’s leaders and medical staff to thank for their support for British nationals, especially the excellent care for Cameron.

The British Consul General in Ho Chi Minh City expressed his deep thanks to Vietnamese doctors for their great efforts to save a Covid-19-hit British pilot, known as Patient 91.

Ian Gibbons thanked local authorities for helping ensuring the safety of British nationals, saying that “Although in a complex situation of public health emergency, the city departments have dealt with a number of consular enquiries from us and other consulates with patience and professionalism.”

According to Gibbons, the consulate received useful and informative guidance from municipal authorities, enabling them to seek support from the hospitals and quarantine sites for British nationals.

He particularly expressed deep thanks to the HCM City Hospital of Tropical Disease and Cho Ray Hospital over the excellent care for the pilot named Stephen Cameron.

“They have worked tirelessly and spared no efforts in helping him during the time he has been critically ill in hospital. Your results speak for themselves as we’ve seen by the increasing global recognition Vietnam is rightly receiving for its efforts to tackle COVID-19,” he wrote.

At the end of the letter, Gibbons noted “We have been in very close touch with all the relevant authorities throughout the time the patient became unwell. We could not have asked for better treatment. Once again, my sincere and personal thanks to all involved in his care.

The British pilot has also seen a slight health improvement following long treatment in HCM City. A lung transplant will be carried out on him when his health is ensured./.Dtinews/VNA 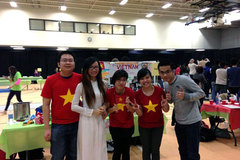 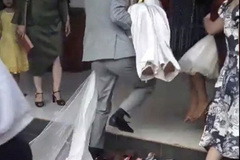