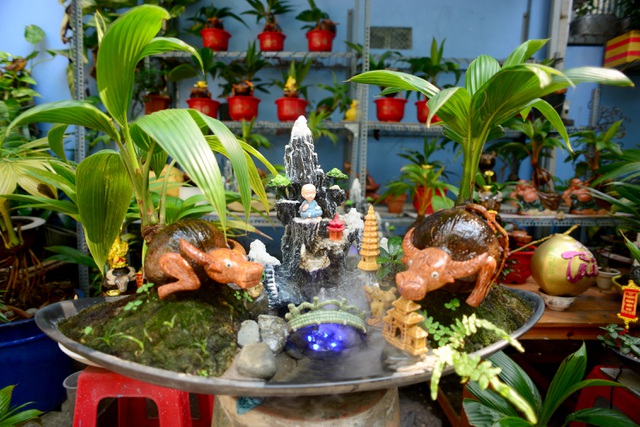 At the end of the year, Dinh Ngoc Hieu from Thu Duc District is often busy with creating zodiac animals from bonsai trees. This year, he focuses on making buffalo-shaped bonsai trees as the lunar year of 2021 is the year of buffalo. 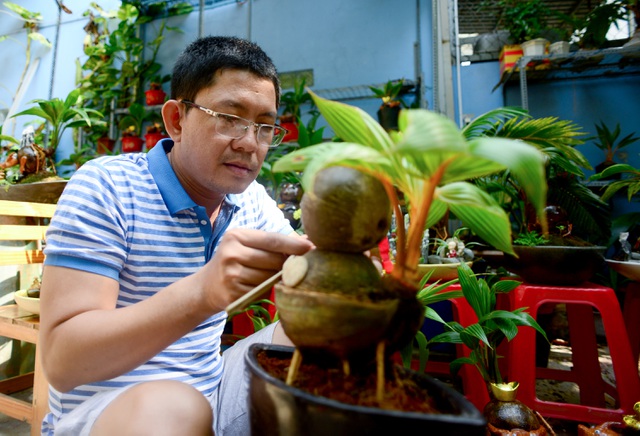 “I’ve been working with coconut bonsai trees for five years. Over the past two years, I have made zodiac animal-shaped bonsai trees,” Hieu said.

He has made around 600 pots of buffalo-shaped coconut bonsai for Tet 2021.

All parts of buffaloes such as head, horns and legs are made from dried coconut. Each day, Hieu can make 30 pots of bonsai of this kind. 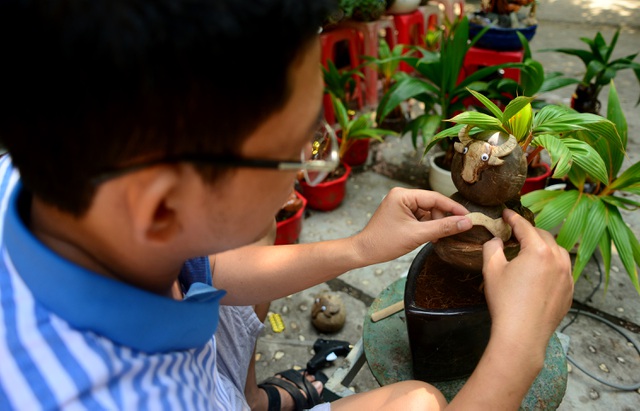 Each pot of bonsai is priced at between VND600,000 (USD26.08) and VND4 million (USD173.91), depending on the age and design. There are three popular kinds of bonsai pots: a single buffalo, a couple of buffalo and with a buffalo couple and a miniature. 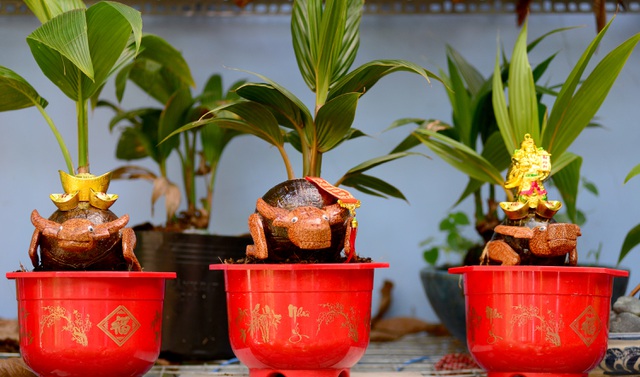 Each buffalo has a different design with its own facial expression. 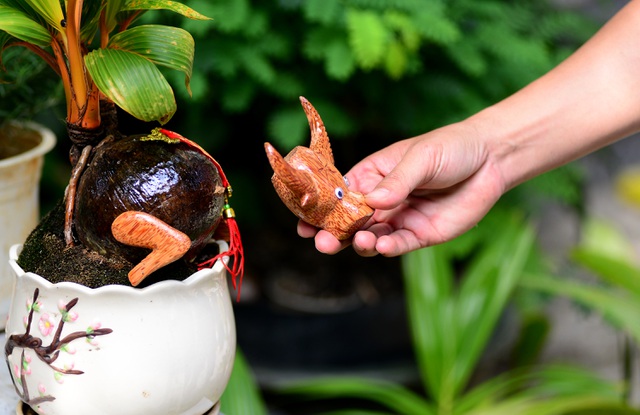 Hieu hires workshops to make buffalo parts which are then assembled, decorated and polished. 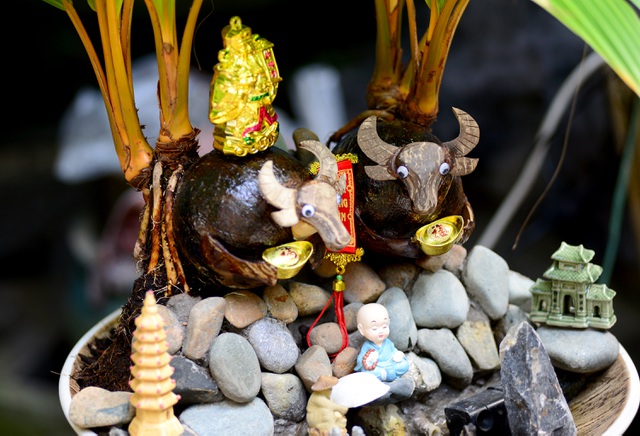 The pot is sold at VND3 million

A corner of Hieu’s bonsai garden.