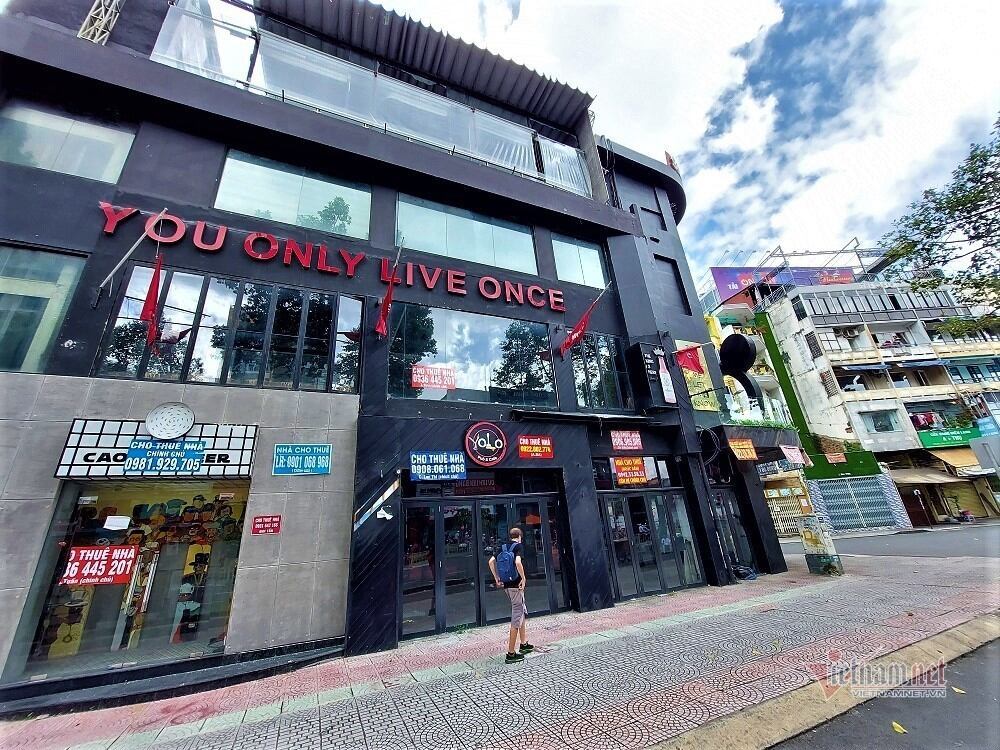 The appearance of common dishes, or ‘mon an via he’ (street food) is quite a surprise for many people, because they were not on the menus at the bars there in the past. However, bar owners now have to sell anything that can to earn them a living.

Luong Truong Vu in district 3 lost his job as a chef at a large hotel in HCM City because of Covid-19. Now he has to sell seafood at a corner of Bui Vien instead of staying at home and using his savings.

Vu, who has 31 years’ experience and once served high-ranking delegations during the APEC Summit, now has to ‘glean every small change’ every day to feed himself and his family.

“I have been working here for half a month,” he said. “I got the job after reading an ad by a bar owner which said he was seeking an experienced cook.”

This is just a sidewalk processed snail stall and it receives few clients, but brings enough income to cover his basic needs.

The snail shop managed by Vu is a new model applied at Corner Sky Bar – Bui Vien. Besides the snail shop, the bar is also selling green bean juice with centella, vegetables and broken rice.

The manager of Corner Sky Bar said he had been doing this business for “too long to give it up”. Selling street food is just a temporary solution while waiting for the municipal authorities to allow bars to reopen. He said the money from the sale of street food is just enough to pay workers and maintain the bar, and he doesn’t expect to make profit from this.

She said bars and discotheque halls have been seriously affected by the pandemic over the last two years. Workers have left HCM City for their hometowns.

Meanwhile, a representative of the municipal authorities affirmed that the current pandemic situation is still not good enough to allow the reopening of bars and karaoke parlours.

Couples have had to delay their weddings because of social distancing, and contracts signed with photography studios have been canceled, leaving wedding shops with slow sales.